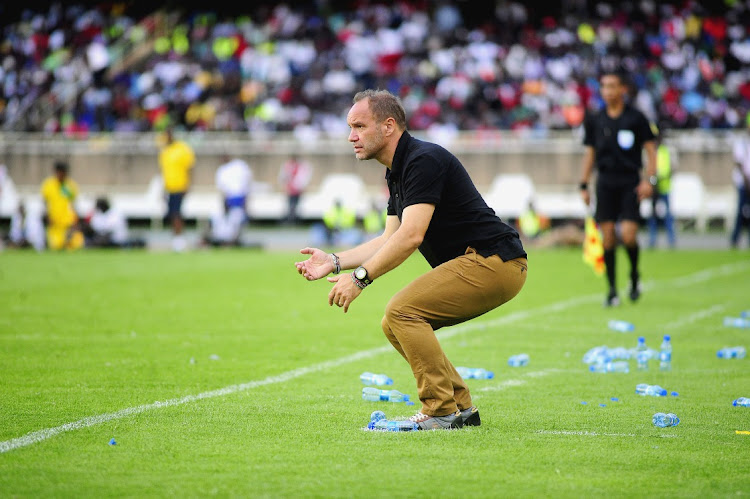 Although the club refuses to call it a crisis, the firing of head coach Sebastien Migné tells a different story.

A few days before their CAF Confederation Cup match against AS Vita of the DR Congo, Gallants fired their French coach for “insubordination and abusive language towards technical director Harris Choeu”.

On Friday, they will play against Vita at the Peter Mokaba Stadium (6pm). Club spokesperson Rufus Matsena said Choeu could be on the bench with assistant coaches David Mathebula and Mpho Maleka.

“We have three coaches and are working on the final details of who will be on the bench. Choeu is a qualified coach. He can do the job,” Matsena told Sowetan yesterday.

The Polokwane-based outfit showed Migné  the door for insulting Choeu at the OR Tambo International Airport before their DStv Premiership game against Golden Arrows. “The club maintains that there is no crisis and training continues as scheduled, and the technical team and players are looking forward to the next game,” said chairperson Abram Sello.

According to the club's statement, they followed the proper steps before they fired their French mentor.

Migné pleaded guilty to the charges levelled against him and was given his marching orders. His final game in charge ended in a 3-1 defeat against Arrows before the international break.

Migné said he did not recognise the team in the first half due to its dismal performance during his post-match interview. “As a coach, he must instil discipline in the team. The club followed the correct disciplinary procedure and the decision to release him. Unfortunately, Sebastien had to be dismissed, especially at a crucial time when we are pushing to remain in the league and advance in the CAF competition,” explained Sello.

Gallants are second from the log table with two points from five matches without a league win.

Migné started working for the club on July 1 after he replaced Dylan Kerr as the team's new coach.

After 18 long and frustrating months, SA supporters have welcomed news they can flock to FNB Stadium tomorrow to watch Bafana Bafana against Ethiopia ...
Sport
2 weeks ago

Bafana Bafana coach Hugo Broos hailed his side’s resilience and character after their impressive 3-1 victory over Ethiopia in the 2022 Qatar Fifa ...
Sport
2 weeks ago
Next Article