Midfielder vows to bang in more goals for national team 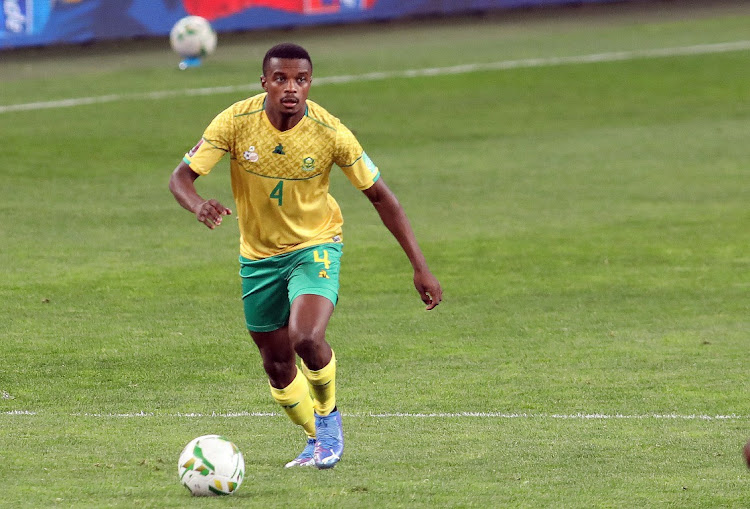 The goal Teboho Mokoena scored for Bafana Bafana in their 3-1 victory over Ethiopia in the 2022 World Cup qualifier at Bahir Dar Stadium made him itch for more in the national team colours.

Mokoena scored the opener on the stroke of halftime before Mothobi Mvala and Evidence Makgopa netted in the second half to seal the win for Bafana.

The 24-year-old now wants to score more and help Bafana win more games in the future. “As a team, we analysed Ethiopia and we knew where their weakest links were and when I stepped up for that free-kick, I knew what I was doing and the ball went in,” Mokoena told Safa media yesterday.

“I have been waiting for that moment and I’ve always wanted to score for the national team and when that goal went in, I was like: finally, I made it. Now I’m hungry for more.”

With Bafana sitting on top of Group G with seven points from three matches, the SuperSport United midfielder feels they are the players who will take the national team to Qatar next year. “For me, every time I get a call-up, it is always an honour and privilege to represent my country and I’m very honoured to be here,” he said.

“It is the proudest moment of my life to represent the country, especially when I went to the Olympics, Afcon with the under-23s, World Cup under-20... now I’m with Bafana. We’ve been speaking about vision 2022 since 2015 and I’m there now. We are the group that will take the team to the World Cup.”

Mokoena also urged his teammates to show the same fighting spirit during their victory in Ethiopia on Saturday when they host them tomorrow at 6pm.

“We are very positive going into tomorrow’s game. It is going to be a hard match. They are a good side and we must take the game to them and fight until the end.”

Although the club refuses to call it a crisis, the firing of head coach Sebastien Migné tells a different story.
Sport
2 weeks ago

After 18 long and frustrating months, SA supporters have welcomed news they can flock to FNB Stadium tomorrow to watch Bafana Bafana against Ethiopia ...
Sport
2 weeks ago
Next Article