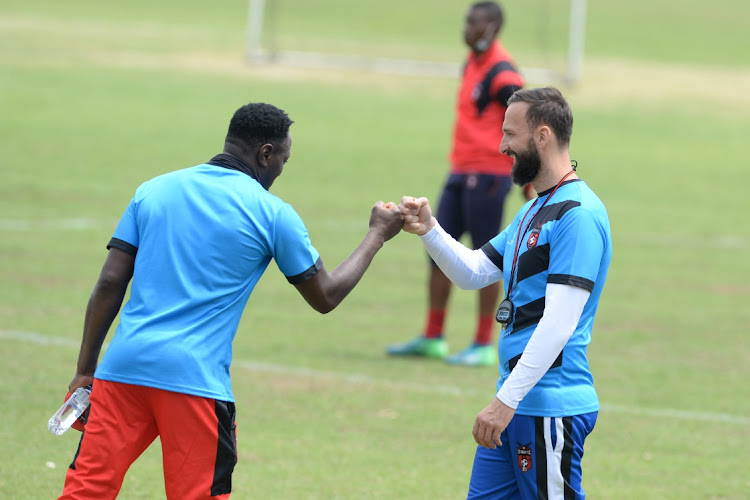 Ramovic, 42, wants to test his coaching credentials and his Uefa Pro Licence coaching badge that prompted club owner Tim Sukazi to hire him.

Ramovic will work with the newly appointed director of football Mensur Dogan as his first assistant coach, while Shaun Bartlett is the second assistant.

The Rockets are at the bottom of the log table with two points from six games and are yet to win a league game this season. However, Ramovic is confident that he will turn their fortunes around and help them finish the season in a respectable position.

“I visited the country twice, and it’s beautiful. I jumped at the opportunity to work in a new country, in a new league. They have great quality and character, and we have to translate that onto the pitch. I love a challenge and I am here to test myself. I am a ball-playing coach and like to dominate possession. I want us to move the ball quickly, with speed and switch sides. It is the main part of my philosophy. We have to defend well and score goals,” he told Sowetan yesterday.

Ramovic said he had learnt a lot from the best players and coaches in the Bundesliga in Germany. He played for VFL Wolfsburg and Borussia Monchengladbach in Germany as a goalkeeper.

“I am a good coach and have learned from the best coaches in the world. I watched many matches last year and know about the PSL. It is a great league with great players and coaches. We will try our best to do well and help the club move higher up the league table,” he said.

Ramovic said he was a fan of young players and he would promote two or three of them from the academy.

“I am not afraid to field young players. It is all about the quality of the player, not age.”

He said the club and players were behind him.

“The owner has set the bar high and I will try to help the team stay in the league. Let us take it one game at a time,” said Ramovic.

After his impressive start to his career at Mamelodi Sundowns, defender Grant Kekana has shared what has been a success for him.
Sport
2 weeks ago

Like a parent who allows a child to constantly get away with misbehaviour, the Premier Soccer League (PSL) should shoulder most of the blame for ...
Sport
2 weeks ago

New Black Leopards coach Floyd Mogale has vowed to guide the club back to the DStv Premiership in his first season in charge.
Sport
2 weeks ago
Next Article