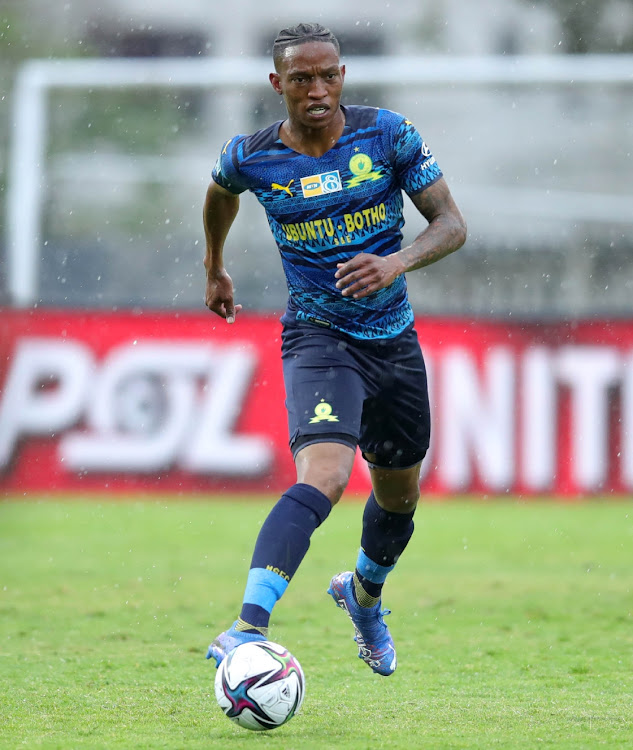 After his impressive start to his career at Mamelodi Sundowns, defender Grant Kekana has shared what has been a success for him.

Kekana joined Sundowns from crosstown rivals SuperSport United at the beginning of the season and he didn’t take time to adjust at his new club.

He has featured in the last five matches playing as both a centre-back and a full-back, helping Masandawana to keep four clean sheets in the process.

Kekana has also formed a solid partnership with fellow defender Rushine de Reuck and the 28-year-old speaks about their successful partnership.

“The integration with Rushine de Reuck has been good. We’ve worked a whole lot, especially during the preseason and also during training sessions,” Kekana told the club's official website.

“What I enjoy the most about the position that I am playing and the role that I’ve been given is the fact that I can also show my leadership skills. I can read the game and start the attack from the back, which is a bit new to me but something that I am enjoying.”

While he admitted that he is still trying to get used to his new teammates, what made it easier for him to settle is that everyone has been welcoming at the club.

“My relationship with my new teammates is good. Everyone has welcomed me well,” he said.

“We have jokers in the team. I will give that one to Denis Onyango, Kennedy Mweene and Brian Onyango. Before training they always get us in a good mood with a good laugh, that helps us to forget whatever problems we might be having.

“I’ve [also] been fortunate enough to have played with Kermit [Erasmus], Reyaad [Pieterse], George [Maluleka] and Aubrey [Modiba] before.

“We are all just getting jell now together. Everyone else has been here longer than me but they’ve made me feel like I’ve always been a part of them, which is good.

“We all know our roles and what’s expected of us, so whoever gets the opportunity to play will always grab it with both hands.”

Like a parent who allows a child to constantly get away with misbehaviour, the Premier Soccer League (PSL) should shoulder most of the blame for ...
Sport
2 weeks ago

New Black Leopards coach Floyd Mogale has vowed to guide the club back to the DStv Premiership in his first season in charge.
Sport
2 weeks ago

Gordon Igesund is backing Bafana Bafana to come back with positive results when they face Ethiopia tomorrow in the 2022 Qatar Fifa World Cup ...
Sport
2 weeks ago

Malawi stunned Banyana Banyana 3-2 during their entertaining Cosafa Women’s Championship match at the Nelson Mandela Bay Stadium in Port Elizabeth on ...
Sport
2 weeks ago
Next Article