Royal AM rescue act serves as inspiration for coach 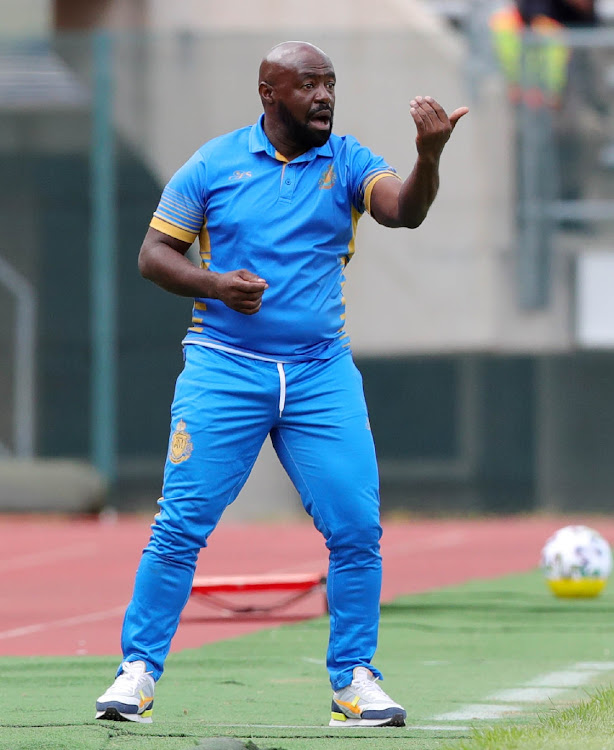 New Black Leopards coach Floyd Mogale has vowed to guide the club back to the DStv Premiership in his first season in charge.

Mogale was roped in to try rescue the struggling side on Wednesday, and he believes he is the right coach to take them back to the Premiership.

Lidoda Duvha, who are third from the bottom of the GladAfrica Championship standings with seven points from seven matches, having registered a single win, were relegated from the Premiership last season.

“Look, Black Leopards are a good team and a big brand and the chairman [David Thidiela] has been in this game for too long and they are not where they deserve to be,” Mogale told the media.

“GladAfrica Championship is not for them. I think they are supposed to be in the Premiership. You could see these boys are demotivated and we need to pump them up.

“We need to motivate them. We need to bring the players up and make them believe that they can make it. They are seven points behind the log leaders, so it is nothing.

“This is a race. If they get motivated now, we train well and do our regeneration properly, I think the sky is the limit. We will get there.”

Mogale will be assisted by Benson Mhlongo and Mongezi Bobe, and is drawing inspiration from when he took Royal AM from 14th place to second in the second tier last campaign before he was fired.

He now plans to do the same with Lidoda Duvha, who are in the same place on the log table as Royal were last year.

“The mandate is to get this team to the Premiership. It is achievable if we work together with the players. Everybody works together and we will get it right,” he said.

“I got this with Royal AM. We did that. I got that club from position 14 and when I left they were position two on the log standings.

“So, it’s achievable. The players must have the right mentality – the willingness of the players – if they want to do it. There are quite a few experienced players here that I think, working together, we will achieve our objective for this club.”

Mogale’s first assignment will be against JDR Stars at home next week Saturday at 3.30pm, where he will be eyeing the perfect start.

Bafana Bafana may not have done well against Ethiopia in the two Fifa World Cup qualifiers before, but coach Hugo Broos spoke with confidence about ...
Sport
1 week ago

TS Galaxy further bolster their technical team with the appointment of Mensur Dogan as the new assistant coach.
Sport
1 week ago

Development of referees critical to the standard of football, says Zakhele Siwela

The Alex Stadium in Joburg will be a hive of activity as the Red Bull Kasi Cup takes centre stage on Saturday.
Sport
1 week ago
Next Article