Broos confident in his troops 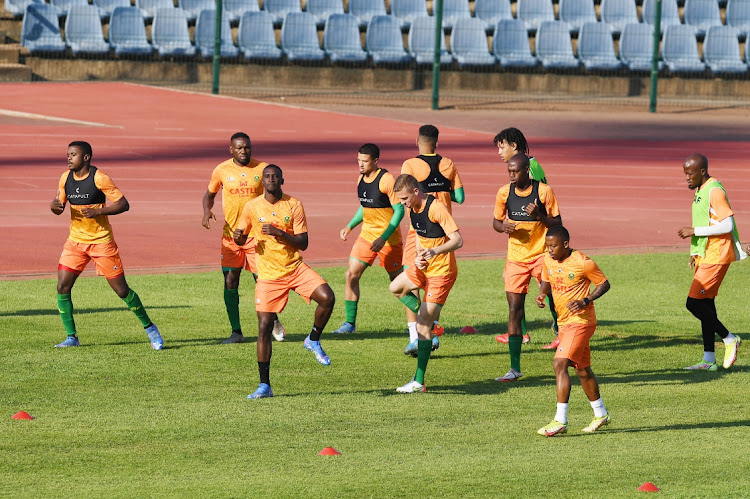 Bafana Bafana may not have done well against Ethiopia in the two Fifa World Cup qualifiers before, but coach Hugo Broos spoke with confidence about their chances at Bahir Dar Stadium tomorrow at 3pm.

In two matches, Bafana are yet to win against Ethiopia, but that is not a concern for Broos as he believes the current crop of players are capable of ending that.

After drawing with Zimbabwe and earning a win against Ghana in the first two matches of the 2022 World Cup qualifiers, Bafana are in the driver's seat in Group G with four points.

“When you see our training you will know that they are ready. Sometimes we had soft training of things that don’t work and then you become a little bit anxious as a coach if it doesn’t work. So it wasn’t a case here. We trained on defensive tactics and the offensive tactics and what we asked and what we wanted they did. I think we are ready for the match.”

The 69-year-old didn’t hide his target as he made it clear that he wants six points from the back-to-back matches and will be going all out in attack tomorrow and in the return match at FNB Stadium on Tuesday.

“Everyone knows that this is very important matches, so the time is not so long. When you select the players you have eight to 10 days together,” he said.

“So you don’t have much time to work and if then you have players who want to go and do activities of their clubs then you lose a player and this is something that I don’t want. The moment the camp starts I want all the players to be here and that we can work together.”

Broos also confirmed striker Thabiso Kutumela, who was in the spotlight this week after having his vaccination on the day he was supposed to report for camp, is part of his plans for the two matches.

“Kutumela is still here. I said clearly that because he is vaccinated, the risk is there should he have symptoms after that."

Bafana Bafana captain Ronwen Williams says the camp is buzzing with positivity and excitement in a way he has never experienced before in his eight ...
Sport
1 week ago

Thabiso Kutumela has been cleared to travel with Bafana Bafana to Ethiopia today for their 2022 Qatar Fifa World Cup qualifier at Bahir Dar Stadium ...
Sport
1 week ago

Bafana Bafana defender Siyanda Xulu has warned his teammates to guard against complacency when they face Ethiopia in the back-to-back 2022 Qatar Fifa ...
Sport
1 week ago
Next Article