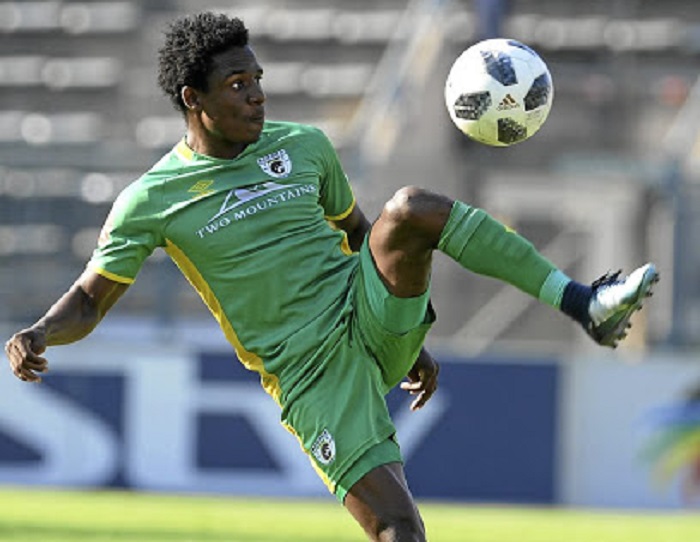 After his disappointing stay at AmaZulu last season, Talent Chawapiwa wants to revive his career with Sekhukhune United where he signed a two-year deal yesterday.

The 29-year-old attacking midfielder was not happy with the amount of game time he received at AmaZulu last season after featuring 20 times under coach Benni McCarthy in all competitions, mostly as a substitute.

And he hopes this new chapter with DStv Premiership newbies Sekhukhune will bring him joy and help him get back to the form he showed while he was with Baroka.

“I’m going to bring life to the team and a different dimension of football that will make our supporters happy,” Chawapiwa told the club's media department yesterday.

“My vision with the team is to make the fans happy and achieve more because I see they want to achieve something and I want to be part of that.”

What also motivates the Zimbabwean international at Babina Noko is that coach MacDonald Makhubedu is a big admirer.

The two worked together at Baroka when Chawapiwa first arrived in SA from Zimbabwe side FC Platinum in 2017.

He is joining Nicholus Lukhubeni and Ryan de Jongh as the latest players to have been unveiled by the club ahead of their maiden season in the Premier Soccer League (PSL).

“I’m looking forward to a great season and I promise that we will do well in this campaign,” he said.

“I know that this is an ambitious team and we are looking forward to the first season in the PSL and we won’t disappoint.

“I’m very excited for the season ahead and I’m looking forward to achieving things with the team.”

Having started training with Sekhukhune this week, Chawapiwa insists he is not expecting a different challenge, but the only thing he wants is to try get back to his best form.

“I’m not expecting different challenges. Football is the same, just that environment differs a bit, but I’m looking forward to a new environment and new challenges.”

It seems Sekhukhune are still going to strengthen their team as they are assessing former Mamelodi Sundowns left-back Siyabonga Zulu.

Tebogo Mokobela, Gerald Modisane and Gregory Damons are also trying to impress the technical team as they have been training with the club with the hope of earning a contract.

Having scored a measly five goals from 73 appearances since he made his top-flight debut three years ago, Mamelodi Sundowns ace Sphelele Mkhulise has ...
Sport
2 months ago

New kids on the block Sekhukhune United are on a mission to strengthen their squad ahead of their DStv Premiership debut season.
Sport
2 months ago

Kaizer Chiefs striker Samir Nurkovic, 29, played a role in convincing new Mamelodi Sundowns striker Pavol Safranko to come to ply his trade in this ...
Sport
2 months ago
Next Article