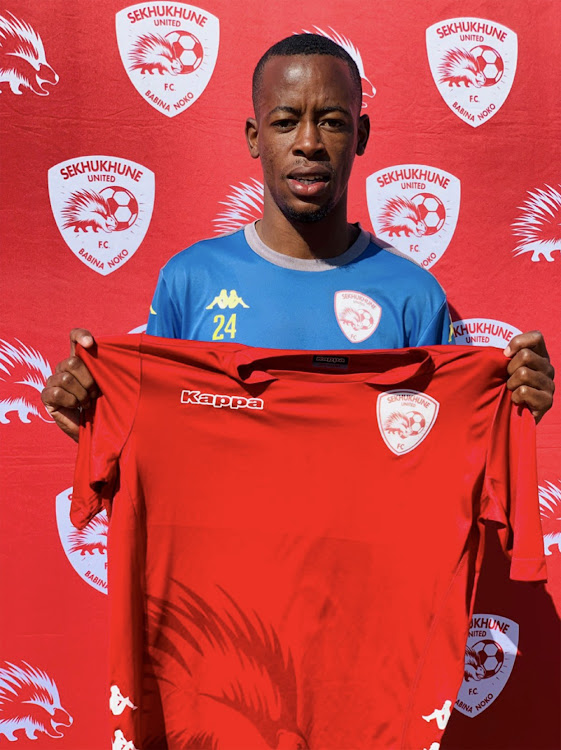 New kids on the block Sekhukhune United are on a mission to strengthen their squad ahead of their DStv Premiership debut season.

After their promotion from the GladAfrica championships in the 2020/21 season, the Limpopo-based side made their intentions clear by signing eight players.

Lukhubeni joined them from Marumo Gallants, while De Jongh is from Bloemfontein Celtic, and the pair will add their experience to the rookies.

Last month, they unveiled former Lesotho coach Thabo Senong as their new assistant coach. The head coach, McDonald Makhubedu, means business in the transfer market and signs are that they will continue on their signing spree.

De Jongh, 31, said he was excited about the challenge of playing for a newly promoted club. The right- back is determined to help the team to retain their status, and he described this challenge as a breath of fresh air.

“It is a new team and a new challenge for me. This new project excites me. I want to work hard and help the club to do well in the league," said De Jongh through the club's media platform.

The former Maritzburg United star said he is familiar with some of his new teammates as he played against them. “I met a lot of players that I have known in the league and that made me comfortable. Our target is to retain our status and the rest would be a bonus," he said.

De Jongh wants to put the team first and fight for the badge, and that is his main message to the rest of the players at the club.

“We have to believe that we can do it even if we go through a rough patch. We must also understand that we cannot win every game. We have to keep up the faith. We are all looking forward to the new experience," added De Jongh.

New Sekhukhune signing Vusimuzi Mncube is looking forward to the challenge of playing Premiership football with the club.
Sport
3 weeks ago

Newly appointed Sekhukhune United assistant coach Thabo Senong is back after leaving the SA Football Association to coach the senior national team of ...
Sport
3 weeks ago

Nearly forgotten attacking midfielder Siphelele Ntshangase is hoping to impress Sekhukhune United as he continues to train with them.
Sport
4 weeks ago
Next Article