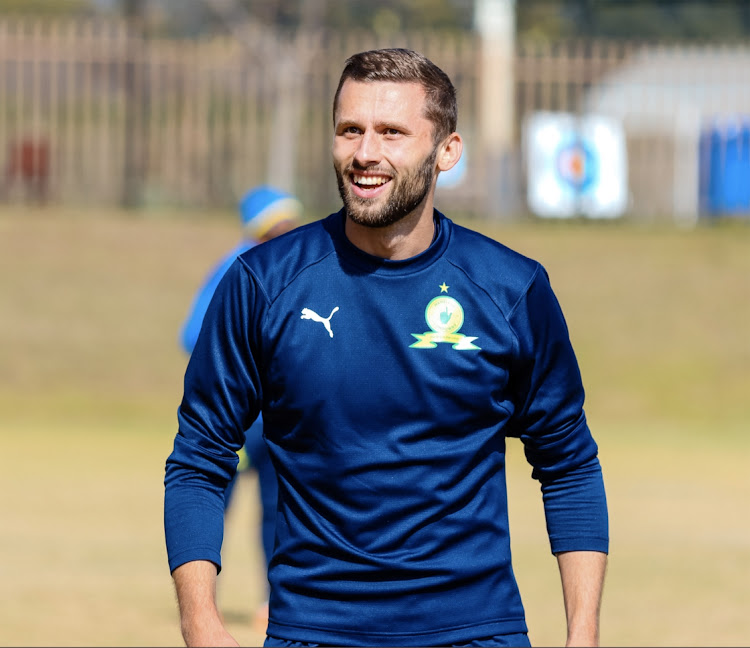 “First of all, Safranko wasn’t cheap [various reports indicated Sundowns paid around R12m for the Slovak]. They [Nurkovic and Safranko] had a chat. Safranko was impressed when he saw everything about SA,’’ Šimac told Sowetan from Europe.

“He [Safranko] first read about Samir on the internet and they got close then Samir encouraged him to come because SA is a good country and the PSL is a good league. Seeing Samir doing well for Chiefs also made it easier for Pavol to see that he can also come and see how things go for him.”

Šimac, who’s a German-born Croatian, also vowed he’ll bring at least one European to the Premier Soccer League in the current transfer window. It is worth highlighting that Šimac, a retired defender, doesn’t represent Safranko.

“I am working on building my network in SA. I am close to bringing one more European to the SA league in the current window,’’ said Šimac.

Sundowns co-coach Rulani Mokwena has since disclosed that Safranko tagged his family along, feeling that will make it easier for him to adapt quicker to SA life and the way the Brazilians play, having followed their games.

“What also helps is that he [Safranko] has brought his family across. His adaptation period will also be a little bit fast-tracked because he’s got a little bit of stability with the wife being here,’’ Mokwena said.

“When we signed him four months ago, he already accepted that he’s got a responsibility to understand the way we play, he has been watching the games and discussing with us, and that shows eagerness to be part of the team.’’

Mamelodi Sundowns co-coach Rulani Mokwena sees new signing Neo Maema as someone who can finally plug the gap left by Keagan Dolly in 2017.
Sport
10 months ago

After a successful season where they won the DStv Premiership title and dominated from the start to finish, champions Mamelodi Sundowns are not ...
Sport
10 months ago

While it’s every SA player's dream to play in Europe, the Premier Soccer League (PSL) has also proven to be an enchanting destination for a number of ...
Sport
10 months ago
Next Article