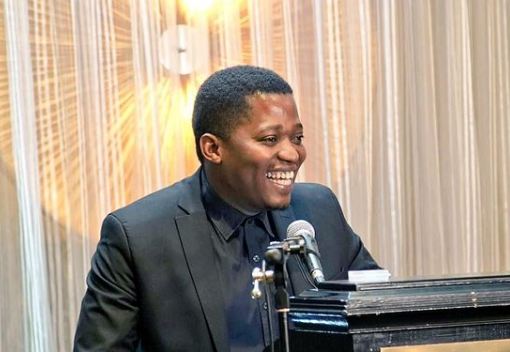 Thulani Thuswa was the Mamelodi Sundowns spokesperson before he left the club in 2019.
Image: Thulani Thuswa/Instagram

The charismatic Thuswa‚ who was loved by the Sundowns supporters and the media alike‚ died in a car accident between Marlboro and Grayston near Sandton in Johannesburg on Sunday morning.

Minnaar told TimesLIVE that the much loved Thuswa's family has been notified of his passing.

“It is correct that there was an accident on the M1 north after 7am this morning.

"It is alleged that the driver of a Mercedes Benz lost control and the car collided with barricades and fell into an embankment.

"The driver of the vehicle was Mr Thulani Thuswa and he was alone in the car at the time of accident. His family has been notified‚” said Minnaar.

Al Ahly coach Pitso Mosimane‚ who is back in the country for a short break‚ Sundowns players Denis Onyango and Hlompho Kekana‚ and popular radio personality DJ Naves were some of the high-profile people who were at the scene on Sunday morning.

Thuswa left Sundowns in 2019 and started his own public relations‚ sponsorship and talent management agency.

The agency‚ named Tyler Masons Management‚ looks after players like Onyango and Kekana‚ among many others.

Thuswa’s family issued a statement on Sunday afternoon expressing their shock and sadness.

“It is with great sadness that we as the Thuswa family convey the news of the passing of our dear brother‚ Thulani Thuswa‚" said the statement.

"We are deeply shocked and saddened as a family‚ He was a true light in this world‚ a kind person and always ready to share that unforgettable smile of his.

“We know that many people were touched by the kind of person Thulani was and have expressed their hurt and shock.

"We respectfully ask for time as a family to privately mourn our beloved Thulani.”