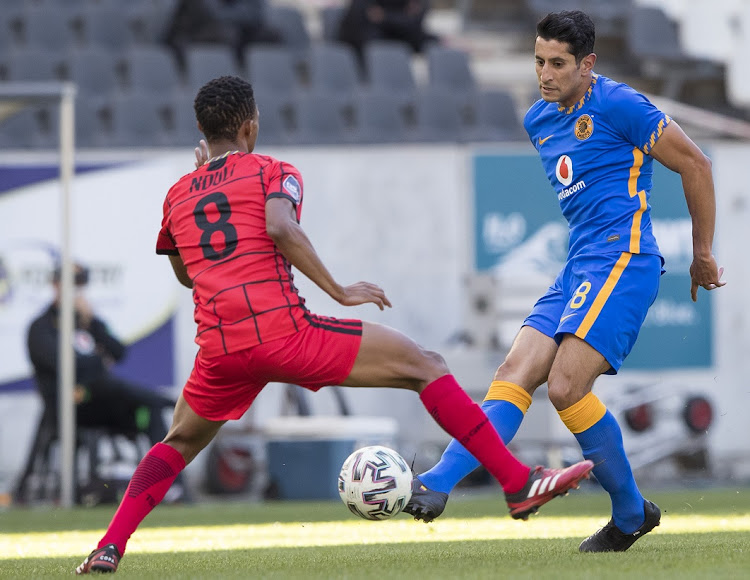 Kaizer Chiefs rescued something from their miserable 2020-21 DStv Premiership season by beating TS Galaxy 1-0 in their final match at Mbombela Stadium and end eighth.

A top eight place, as Chiefs (36 points, -3 goal difference) leapfrogged Galaxy (36, -2) in the battle for eighth, salvage some pride from a poor 2020-21 for the Soweto giants, and there is still the Caf Champions League semifinal against Wydad Casablanca to be played.

In the relegation battle Chippa United, who needed a win against SuperSport United at Nelson Mandela Bay Stadium to escape 15th place and the promotion-relegation playoffs, could only draw 1-1. Last-placed Black Leopards, who drew 1-1 against Bloemfontein Celtic at Thohoyandou Stadium, had already been outright relegated in Wednesday’s penultimate round.

Chiefs ground out their win in mature fashion. In the opening half Amakhosi had not managed fluidity or penetration, so their goal came something out of nowhere, but was excellently taken. Reeve Frosler’s long throw from the right came off the back of left-back MacBeth Mahlangu’s head cross the face of his goal, Nurkovic getting above his marker to bury the header.

Early in the second half Nurkovic’s touch put Lebogang Manyama in on the left, and Galaxy were fortunate to escape a penalty appeal as there was contact from Luckyboy Mokoena as Chiefs’ forward went down.

Amakhosi consolidated and stifled well, and had another chance, with 10 minutes left, when Nurkovic burst free on the right and crossed, the ball inches behind substitute Nkosingiphile Ngcobo with an open goal beckoning.

Bvuma kept out midfielder Sihle Mdluli’s hard drive to keep his Amakhosi in the top eight.