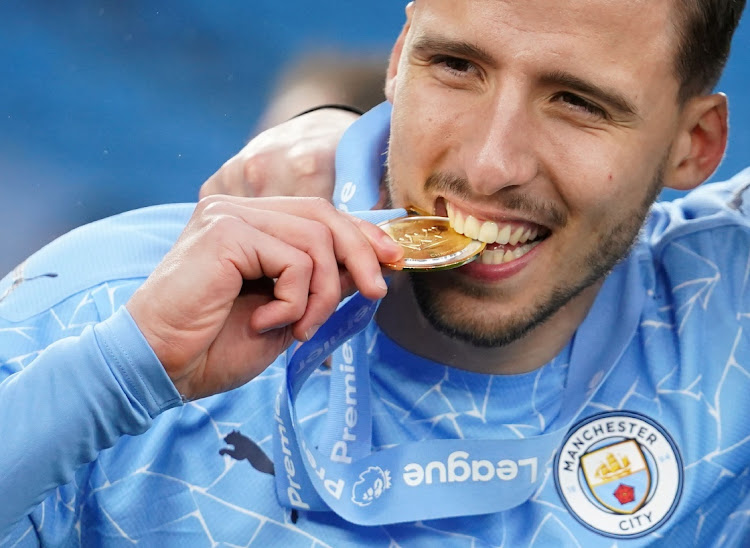 Manchester City defender Ruben Dias was named the Premier League Player of the Season on Saturday following a vote, becoming only the second Portuguese player to receive the honour.

The 24-year-old centre back was also named England's Footballer of the Year in the annual vote of the Football Writers' Association last month following a superb debut campaign after his move from Benfica last year.

Dias, who played a key role in delivering City's third Premier League title in four years as well as the League Cup, also helped them reach the Champions League final.

He is the fourth defender to be voted Player of the Season by the public, the captains of the 20 Premier League clubs and a panel of experts after Manchester United's Nemanja Vidic, former City captain Vincent Kompany and Liverpool's Virgil van Dijk.

Dias' compatriot Cristiano Ronaldo won the Premier League Player of the Season award for United in 2006-07 and 2007-08.

After a season in which Europe's traditional powerhouses stumbled, Saturday's Champions League final between Manchester City and Chelsea is a ...
Sport
1 year ago

Steven Pienaar says if anyone can stop favourites Manchester City from lifting their first trophy in the competition in the 2020-21 Uefa Champions ...
Sport
1 year ago

City make it 20 straight wins with victory over West Ham

Manchester City moved 13 points clear at the top of the Premier League table after a 2-1 win over West Ham United on Saturday - their 20th straight ...
Sport
1 year ago
Next Article