Banyana star not ready for Spanish big guns yet 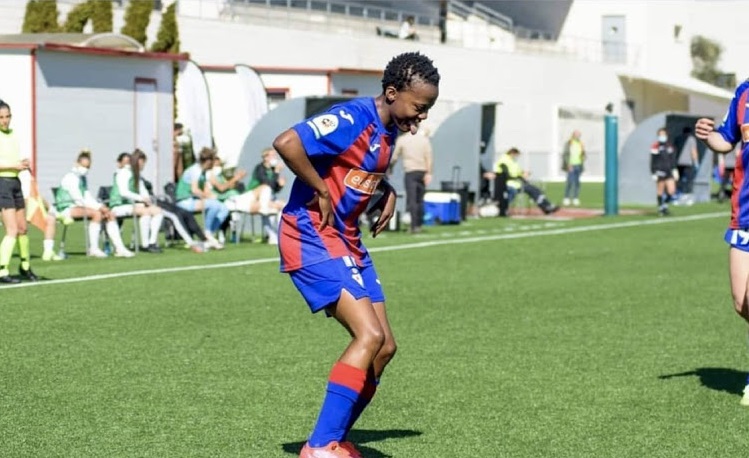 Pundits and supporters may reckon it is about time Banyana Banyana star Thembi Kgatlana joined a perennial Uefa Champions League participant, given her unrivaled quality, but the 2018 CAF Women’s Player of the Year feels she’s not yet ready for such step.

Kgatlana is doing wonders in her maiden campaign in the Spanish Women’s Primera Division, where she’s in the books of lowly club SD Eibar. The 25-year-old former Benfica gem has already scored nine goals and racked up five assists this season, eclipsing Benni McCarthy’s record of eight strikes for Celta de Vigo to become SA’s most prolific top-scorer in Spanish topflight.

Engaging with SA media via a virtual conference, organised by LaLiga’s SA branch yesterday, Kgatlana emphasised she wasn’t in a rush to leave Eibar for a big team that regularly feature in the prestigious Champions League.

“I am very hungry to play in the Champions League but I am not going to rush it because when it happens I want it to be worth it. I don’t want to get into a team just because I feel like I have to, everything has its time to happen,’’ said Kgatlana from the Basque country's city of Eibar.

“At this stage, it’s time for me to showcase my talent and when the timing is perfect and there’s a team who plays in the Champions League that want me, I will go.’’

The Randfontein-born, West Rand, star also gave the lowdown on why it’s always difficult for local players to join top European clubs straightaway without having to start at smaller clubs abroad.

“Every woman footballer, even man, wants to play in the Champions League, but I think for a South African or any other African player it’s a bit tough at the start because we don’t really have strong leagues in our countries,’’ Kgatlana stated.

“So, there are a lot of restrictions in Europe when it comes to getting quality African players getting into big teams. You really have to have a good profile; you have to be outstanding for teams to be aware of you. You have to play two or three seasons in Europe before big teams can see that you’re good enough.’’

Banyana Banyana coach Desiree Ellis could not contain her excitement after drawing Mozambique in the women Africa Cup on Nations qualifiers this week.
Sport
5 months ago

Banyana Banyana's record goalscorer Portia Modise does not want to be lost to football. The former SA Sports Star of the Year award recipient is on a ...
Sport
7 months ago
Next Article