Heric sacked after his only league defeat in charge 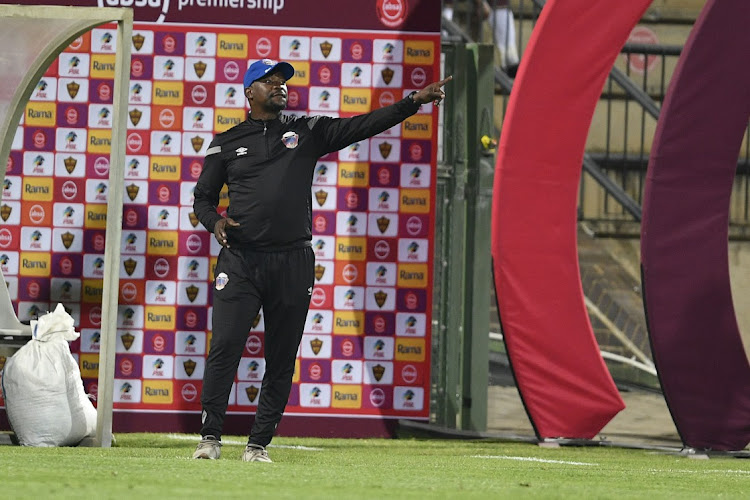 Just less than six months after he was fired by Chippa United, Lehlohonolo Seema is leading the race to rejoin the club and replace Vladislav Heric, who was shown the door yesterday.

The pressure of fighting off relegation seems to have become too much to handle for trigger-happy club chair Siviwe Mpengesi, who continues to make shocking decisions.

Heric became the third coach to be fired by Mpengesi this season alone, after Seema and Dan Malesela.

The Serbian, who was recently appointed as a "technical director", only to confirm a few days later that he was the head coach, was fired after the club lost 2-1 away to Bloemfontein Celtic in a DStv Premiership match on Tuesday.

Heric had been in charge for six matches, winning two, drawing one and losing two, including the 1-0 defeat in the Nedbank Cup final to Tshakhuma Tsha Madzivhandila (TTM).

His departure yesterday came as a shock, especially having lost only once in the league, against Celtic.

He managed to guide the club to victories against Kaizer Chiefs and Stellenbosch while drawing with Golden Arrows and Black Leopards.

“We were all shocked with the decision from the club, especially [seeing] that he did well since he took over,” an insider told Sowetan yesterday.

Efforts to solicit a comment from the coach and the club proved fruitless as their mobile phones rang unanswered.

Seema, who started the season with Chippa only to be fired in December after a string of poor results, is without a job since he was axed by Black Leopards two weeks ago after poor performances in the league.

Sowetan understands that Chippa want him to be in charge only for the remaining two games of the season, against TTM away on June 2 and SuperSport United at home three days later, and should he guide them to safety, he will be given a longer deal.

Before he was fired yesterday, Heric blamed individual errors for the defeat against Celtic.

“I think we beat ourselves today (Tuesday) by playing a different game in the second half. We allowed them to play. We didn’t mark properly,” Heric told the  Chippa media department.

“We made a couple of mistakes and we lost our shape. We allowed them to score those two goals as we didn’t clear the ball two times from the box, and those were silly goals to concede.”

Chippa United have fired coach Vladislav Heric with only two matches remaining in their DStv Premiership campaign.
Sport
1 year ago

After their defeat in the Nedbank Cup final to Tshakhuma Tsha Madzivhandila (TTM) on Saturday at the Free State Stadium, Chippa United coach ...
Sport
1 year ago
Next Article