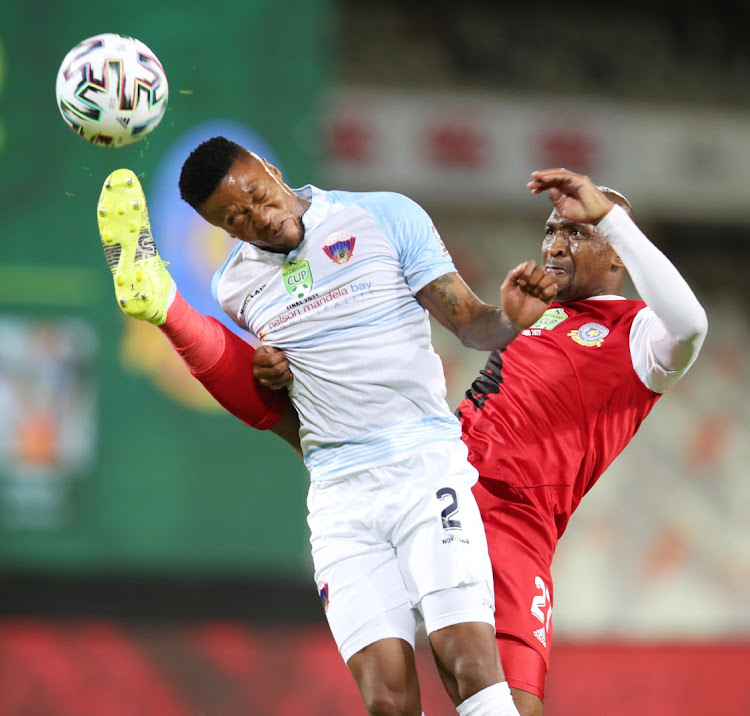 After their defeat in the Nedbank Cup final to Tshakhuma Tsha Madzivhandila (TTM) on Saturday at the Free State Stadium, Chippa United coach Vladislav Heric wants his players to remain focused in their last DStv Premiership matches.

Heric said he would try to motivate his players to show the same fighting spirit they had before the final as they aim to survive relegation.

The 0-1 defeat was Heric’s first in three matches he has been in charge of the Chilli Boys and has urged his players not to panic. “It is going to be our task to recover the players to come back to the same fighting spirit, and we have to find a way to motivate them for the next games,” Heric told the media after the game.

“Obviously, from the playing point, I do believe that if we can keep the rhythm we showed in the second half, it can be another story in the league. We expect to play all the games as we did in the second half even though in the first 30 minutes we were not ourselves.”

Chippa are second from the bottom in the log standings, and Heric feels the pressure of being in that position may have had an impact on his side’s performance in the final.

“We will try to change the losing spirit to the winning spirit. I believe I can do that, I believe in my players, and no matter how disappointed we are, we have to recover from the defeat.”

Chippa’s next match is against fellow strugglers Black Leopards at Nelson Mandela Bay Stadium on Wednesday.

Tshakhuma Tsha Madzivhandila (TTM) will not exist by that name past the 2020-21 season, but before that title disappears the Limpopo side have lifted ...
Sport
6 months ago

Now that they have won the Nedbank Cup title, Tshakhuma Tsha Madzivhandila (TTM) coach Dylan Kerr wants his side to continue with the same momentum ...
Sport
6 months ago

Vladislav Heric has revealed that he is on a “very short-term agreement” as coach of Chippa United, ahead of Saturday’s Nedbank Cup final against ...
Sport
6 months ago
Next Article