I believe in my players, elated coach Kerr says 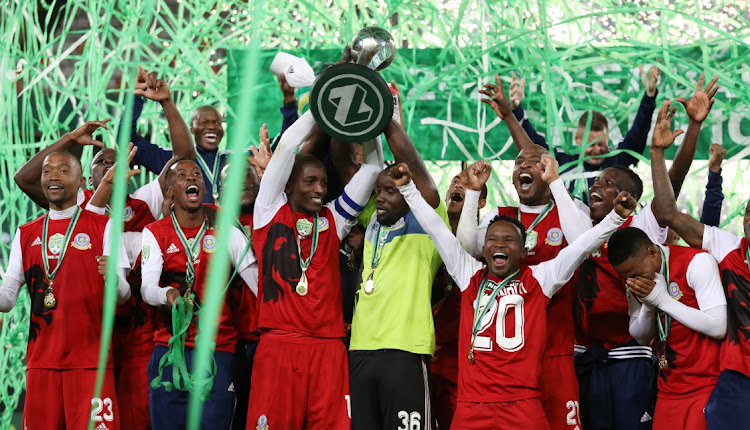 Now that they have won the Nedbank Cup title, Tshakhuma Tsha Madzivhandila (TTM) coach Dylan Kerr wants his side to continue with the same momentum in their remaining five matches in the DStv Premiership.

Kerr guided TTM to glory on Saturday when they defeated Chippa United 1-0 at Free State Stadium to win their first title in their maiden season.

He has now shifted his focus to the remaining matches in the league as he wants to save the club from relegation. “I’m very proud of the boys, what we did before when I arrived and how we’ve turned it around, it's fantastic,” Kerr said after the match.

“One cup final is done now, and we have other five cup finals starting with SuperSport United on Wednesday [in Pretoria].

“The hard work, which is done behind the scenes, is not recognised because nobody sees what we do and the other staff behind the scenes. We do a lot of work on and off the field. It is not only the training we have to deal with. We deal with all sorts of issues and problems.

“I’m so proud of everybody who is involved with the club. Hopefully, now we will maintain the momentum starting on Wednesday. We won the Nedbank. Now we have a big job to do. We still have a long way to go to safety. Chippa are behind us, but they have easier running than we have. We just have to remain focused on the job at hand.”

By winning the Nedbank Cup, TTM have also qualified to play in the CAF Confederation Cup next season, and Kerr is already looking forward to the competition.

But before that, he insists his focus is to help the club to safety in the league first.

“To qualify for the Confederation Cup, I have been in that competition twice, and it is a fantastic tournament to be in,” he said.

“Financially, it could be a problem, but once you get into the group stages, then the club will get its returns. I said to the players before that to qualify for the Confederation Cup, you have to win the final. I believe in my players; the way we talk, and the way we work. If you have that belief and the players trust you, success will always follow.”

Kerr said goalkeeper Brighton Mhlongo will retire from football at the end of the season due to a serious injury.

Tshakhuma Tsha Madzivhandila (TTM) will not exist by that name past the 2020-21 season, but before that title disappears the Limpopo side have lifted ...
Sport
1 year ago

Tshakhuma Tsha Madzivhandila (TTM) coach Dylan Kerr says he is going to have a migraine trying to select the team for the Nedbank Cup final against ...
Sport
1 year ago
Next Article