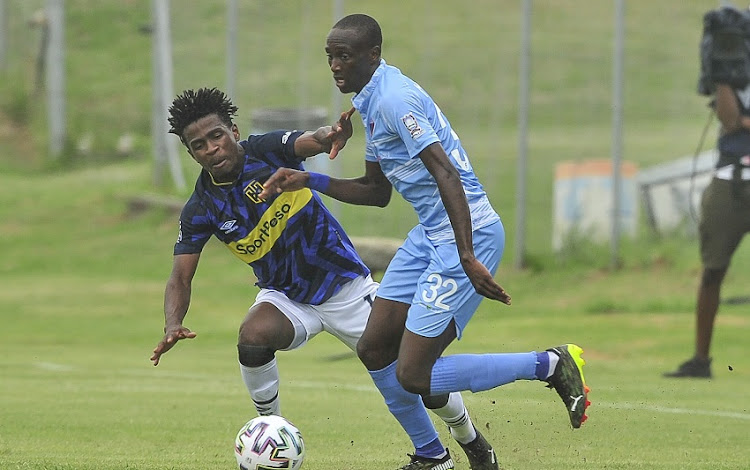 Chippa United right-back Nyiko Mobbie is looking forward to lifting the Nedbank Cup trophy for the second time in his professional career at the weekend.

The Gqeberha side qualified for their first Nedbank Cup final after beating Pretoria Callies 1-0 in the semifinal and will now face TTM in the final at the Bloemfontein Stadium on Saturday (6pm).

Mobbie‚ 26‚ who is on loan from Mamelodi Sundowns‚ first won the Nedbank Cup in 2018 with Free State Stars.

Stars beat Maritzburg United 1-0 to win the cup competition but were relegated that same season.

Fast forward to 2021 and Mobbie is in the same situation‚ but will hope this time around that Chippa will be able to win the Nedbank Cup and also survive relegation.

“I am looking forward to winning my second Nedbank Cup‚ but I don’t think it will be easy for us because TTM will also be out to win the cup since this is also their first final‚” Mobbie said.

“We are going there to give everything and make sure that we come back with the trophy for Chippa.

“We are going to do whatever the coach wants us to do.

“He has a plan for this game and our job is just to execute that plan and make sure that we win on Saturday.

“We will give our best in the match‚ we will fight.”

The Chilli Boys roped in experienced coach Vladislav Heric in an attempt to save the team from relegation and also help them win their first-ever cup final.

In the three matches that the Serbian coach has been at the helm‚ he has scored seven points in the league‚ moving them from 15th position on the log to 14th.

However‚ the Chilli Boys are not out of the woods yet as TTM‚ who are in the relegation playoff bracket‚ are just two points below them.

With two back-to-back wins‚ Chippa will go into the cup final in high spirits.

“Coach Heric has been good for us.

“He has been pushing us at training and I am happy because the guys are responding well to his philosophy.

“He is doing everything in his power for us to win matches — his supporting us will take us far‚” Mobbie said.