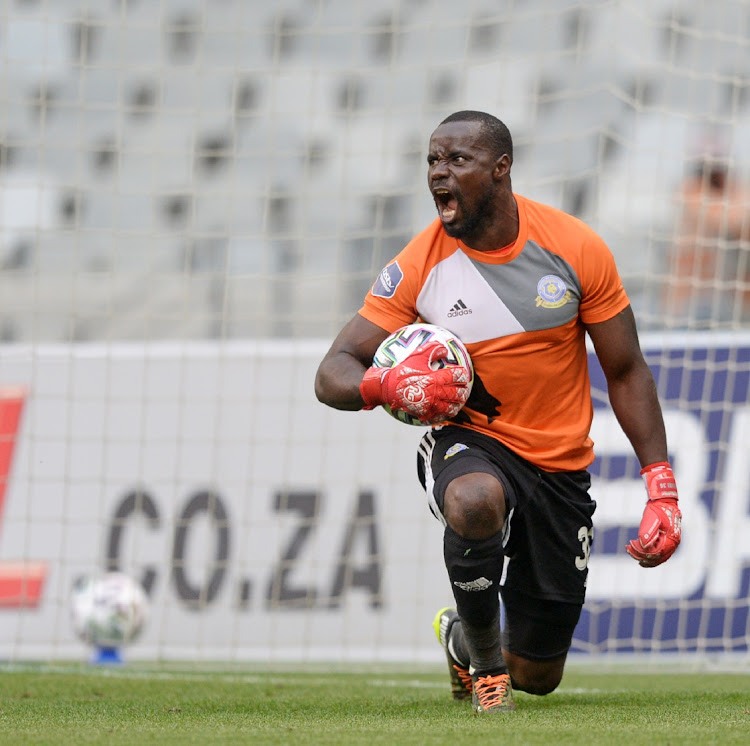 Washington Arubi is one of the in-form players in the Tshakhuma Tsha Madzivhandila team in their maiden season in the DStv Premiership.

The ever-smiling 35-year-old keeper has done a fantastic job between the sticks in the league and cup competitions. Now, thanks mainly to the heroics of the Zimbabwean international goalkeeper, Tshakhuma are in  the Nedbank Cup final.

The Limpopo-based team meet Chippa United in the Ke Yona finale at the Free State Stadium in Bloemfontein tomorrow evening (6pm) and the PSL rookies would put their hopes on  Arubi again to display his magic between the sticks. His man-of-the-match performance in the 6-5 penalty shoot-out victory against Sundowns in the semifinals sealed the final berth for TTM.

Speaking on a virtual presser, Arubi indicated the difficulty lying in the Nedbank Cup final, indicating that TTM will have to sweat blood to lift the trophy.

“It is going to be a difficult game for both teams considering where we are on the log. A cup final match can go either way. We prepared well for the big game," he said.

“Chippa have been playing well for the past two to three games, picking up points. We have to keep on pushing and see how far we can go. There is something on the table for us,” he said.

The cup title is going to be a big deal for both finalists, as are both languishing in the relegation zone with Chippa a little worse off on the 15th spot with 24 points from 26 matches. TTM are just one point better, with a game in hand.

Arubi attributed his great form to the amount of work he puts into training.

“I have been putting in a lot of work behind the scenes and keep on trying and being positive, and working hard,” the veteran campaigner said.

Arubi was born in Norton, 40km west of Harare. After a professional career that started in Zimbabwe, he arrived in SA to join University of Pretoria in 2012.

Attempts by former Kaizer Chiefs and Mamelodi Sundowns star George Lebese to resurrect his career at Tshakhuma Tsha Madzivhandila (TTM) have hit a ...
Sport
1 year ago