Team wants to be first in Limpopo to win Nedbank trophy 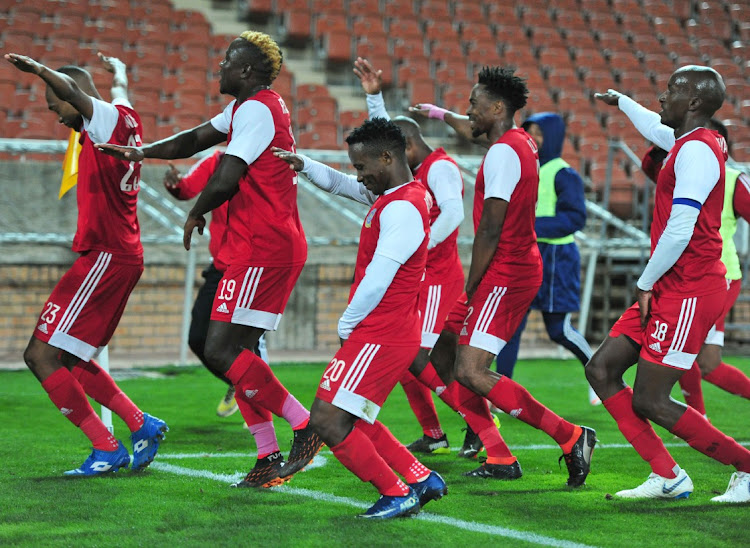 Tshakhuma Tsha Madzivhandila are out to make history by becoming the first team to win the Nedbank Cup title in Limpopo.

Coach Dylan Kerr told his players to write their names in the history books by winning the cup competition in their debut season in the top-flight division.

The Polokwane-based outfit will play against Chippa United in a battle of first-time finalists at the Free State Stadium in Bloemfontein on Saturday at 6pm. At stake is the R7m prize money reserved for winning the competition and a place in the CAF Confederation Cup next season.

Fresh from receiving his work permit on Tuesday, three months after joining the club as a "consultant", Kerr said the players could not wait to step onto the pitch.

The 54-year-old will feature in his first cup final as a coach in the PSL and he said that the players are excited.

“The players have the chance to win a major cup final in their debut season. They have the opportunity to become the first club to win this trophy in Limpopo. I told them that it is all about making history. We have something to achieve in the cup final and nobody remembers the losers," said Kerr at a virtual press conference yesterday.

The former Black Leopards and Baroka coach said his work permit came just in time for the big showdown.

Assistant coaches David Mathebula and Mpho Maleka sat on the bench while he gave them instructions from the stands.

Kerr issued out instructions from the bench for the first time when his boys defeated Kaizer Chiefs 2-1 at the Peter Mokaba Stadium in Limpopo on Tuesday. He said the massive win over Chiefs boosted the confidence going into their biggest match of the season.

“It was nice to finally sit on the bench. I drove all over Polokwane like a lunatic to work on the issues of the work permit. It was difficult to pass the instructions to my assistant coaches, but they did a good job on the bench.

"I hope that we can replicate or surpass our performance against Chiefs in the cup final. I told the players that it is about winning the trophy and not financial gain," explained Kerr.

Kerr reported a clean bill of health on all his players ahead of the big game and revealed that George Lebese has returned home due to contractual obligation at his American club Colorado Springs Switchbacks. “We have no injuries and everyone wants to play a part in the big match," added Kerr.

Simply nothing is going Kaizer Chiefs’ way, as, having seemingly scrambled a 10-man draw against Tshakhuma Tsha Madzivhandila (TTM) on Tuesday night, ...
Sport
5 months ago

Chippa United right-back Nyiko Mobbie is looking forward to lifting the Nedbank Cup trophy for the second time in his professional career at the ...
Sport
5 months ago
Next Article