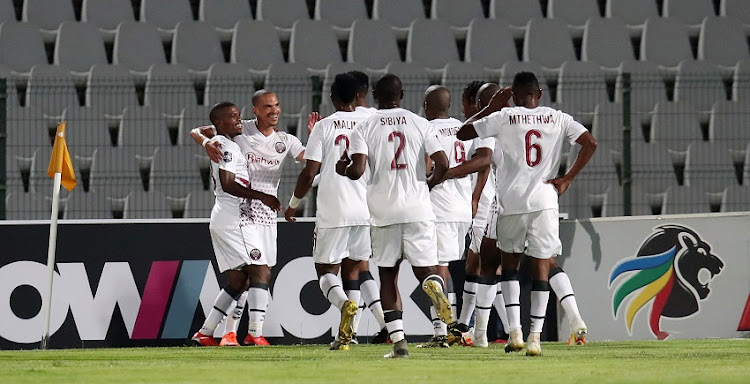 TimesLIVE is reliably informed that the Birds‚ enjoying a remarkable return promoted back to the Premiership this season to be in fifth place just past the two-thirds stage having lost just once‚ will make the announcement at a press briefing on Thursday.

A public relations company working on behalf of Swallows have called a press conference for a big announcement on Thursday.

Swallows chairman David Mogashoa confirmed the press announcement. However‚ asked if he could confirm or deny that Telkom would be announced as the Birds’ new shirt sponsor‚ he said he could not.

“All those things will be answered on Thursday. I’m not going to say anything now‚” Mogashoa said.

Telkom sponsorship head Braam Wessels also said he could not comment. He said he would get the company’s public relations division to call back and comment‚ but at the time of publishing they had not.

A major sponsorship from Telkom will further enhance the dramatic resurrection of famous Moroka Swallows – who are going by the name Swallows FC until a tricky case at Fifa involving an unpaid salary over midfielder Igor Alves has been resolved.

Alves’s case was against former chairman Leon Prins‚ under whose ownership Swallows were relegated from the Premiership in 2014-15. The Brazilian player turned out for the Birds from 2008 to 2011.

Swallows plunged as far as the fourth-tier SAB League in three seasons after their relegation from the PSL. They were revived by first the investment and boardroom mobilisation of Gauteng Education MEC Panyaza Lesufi‚ then the further financial muscle of businessman Mogashoa‚ buying two franchises along the way back to the Premiership.

They won the GladAfrica Championship last season to be promoted back to the PSL‚ and‚ under the same coach‚ Brandon Truter‚ have been a model of consistency in their first campaign back in the top-flight.

Added financial muscle in the form of a major sponsorship can make the Birds – founded in 1947‚ and who had gone into years of decline even before their relegation in 2015 – an even more solid PSL combination.