Swallows FC coach Truter after another last-gasp result: 'sometimes it’s not good for the heart' 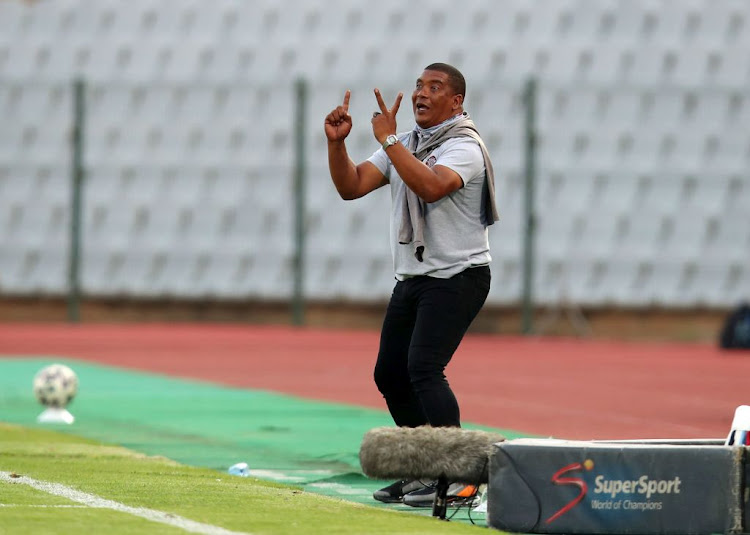 Swallows FC coach Brandon Truter was happy to walk away with a point after yet another draw.
Image: Muzi Ntombela/BackpagePix/Gallo Images

Swallows FC again stole a point in the final minutes of a premiership match and coach Brandon Truter admitted that the run of last-gasp results is not good for his heart.

The Birds drew 1-1 with Lamontville Golden Arrows at the Dobsonville Stadium at the weekend in a 12th draw of the season, and while Truter said the late steal was not good for his heart, he conceded he was happy to walk away with the point.

“Again, in the 94th minute and I think it’s in our DNA now, 94th minute to score a goal. It’s in our character, we don’t give up, but sometimes it’s not good for the heart,” said Truter after Vuyo Mere sensationally cancelled out Seth Parusnath’s opener in referee’s optional time.

“We managed to sneak a point again but it’s not good enough at home, we should have picked up three points.

“In the boys' defence, they worked hard and they wanted it as well. I can’t fault them for the performance and their effort on the field but ja, it’s not what we wanted.

“A draw again, the 12th one but we’ll take it. It’s a point forward and we’re one of six or seven teams that can start planning for next season and not think about relegation.”

Truter said their critics should always remember that they are a new team in the top flight after staying five years in the wilderness.

“I think it’s a new team and we got ahead with a start that we have, and all of a sudden we thought we could win things and challenge for the league,” said the Cape Town-born coach.

“But we’re a new team and this is a good base to build on for next season. When I spoke earlier this season I said within the next three years we will definitely win the league, but we got ahead of ourselves and so the points and draws seem like a dip [in form].

“If you want to compare it to the previous Swallows [Moroka Swallows] that got relegated, there’s no comparison to what we’re going through at the moment. We’ve got to get out of it, but well done to the boys for the effort.”

Truter lamented that they dominated the game against Arrows but failed to punish the visitors as they wasted chance after chance.

“I think we were all over them. We created better chances, especially in the first half where we could have been two or three nil up. But we lacked the decision in the final third,” he said.

“In the second half we piled on the pressure trying to get the goal, and then one counter-attack they scored. But other than that, I think it was a good tactical game. I think Arrows are happier than us with the result.”

The sixth-placed Dube Birds will have a chance to win their first league match since January 16 when they host basement dwellers Black Leopards in Soweto on Sunday.