No Afcon as disgraced SA finish third in group 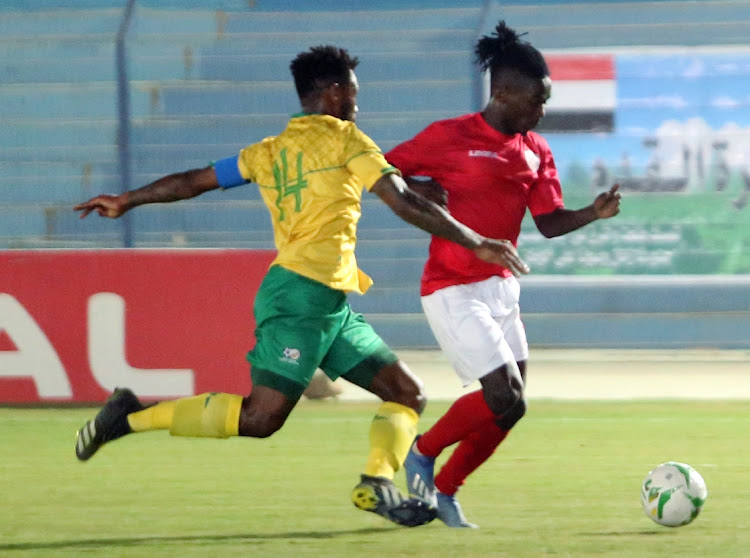 Mohamed Abdel Raman of Sudan challenged by Thulani Hlatshwayo of South Africa during the 2021 Africa Cup of Nations Qualifier between Sudan and South Africa at Al-Hilal Stadium,Omdurman,Sudan,on 28 March 2021.
Image: Backpagepix

Molefi Ntseki’s job as Bafana Bafana coach could be on the line after the team failed to qualify for the Africa Cup of Nations (Afcon) in Cameroon next year.

Bafana’s dreams of making it to the Afcon ended last night after their 0-2 defeat to Sudan at Al Hilal Stadium. They went to Sudan and were in second place in Group C with 10 points. Their fate was in their hands as they only needed to avoid a defeat to book their place in the finals next year.

But they conceded two quick goals in the first half, and the writing was on the wall. When Ntseki was appointed as a national team coach, many doubted him as they felt he was not the right man to lead Bafana and needed to prove them wrong by qualifying to Afcon. Now he has failed as SA finished third in the group behind Ghana (13 points) and Sudan (12).

Bafana made things difficult for themselves when they drew 1-1 against Ghana on Thursday at home. Had they won that game, they should have gone to Sudan yesterday already qualified.

A ticket to the continental showpiece in Cameroon next year awaits the second-placed Bafana if they are able to secure a win or a draw and captain ...
Sport
2 weeks ago

SA will look back to that match as a missed opportunity. It was always going to be difficult to win or draw in Sudan, and Ntseki knew that. They made a horrible start as they were down within five minutes of the match.

Maliki Bakhit headed from a free-kick delivered from the left-hand side to make it 1-0 with Thulani Hlatshwayo and Siyanda Xulu both caught ball watching. Bafana almost equalised immediately with Percy Tau, but a superb last-ditch tackle saw the ball taken off him with the goal seemingly at his mercy from a point-blank range before Hlatshwayo saw his header crash the crossbar a few minutes later.

Things went from bad to worse for Bafana when Abdelrahman Yousif was played through on goal and dribbled Hlatshwayo to slot the ball past Ronwen Williams to make it 2-0 just after the half-hour mark and to put the match beyond Bafana’s reach. Sudan sat back in the second half as they protected their lead, with Bafana struggling to break through their wall as they did not create enough chances earlier after the restart.