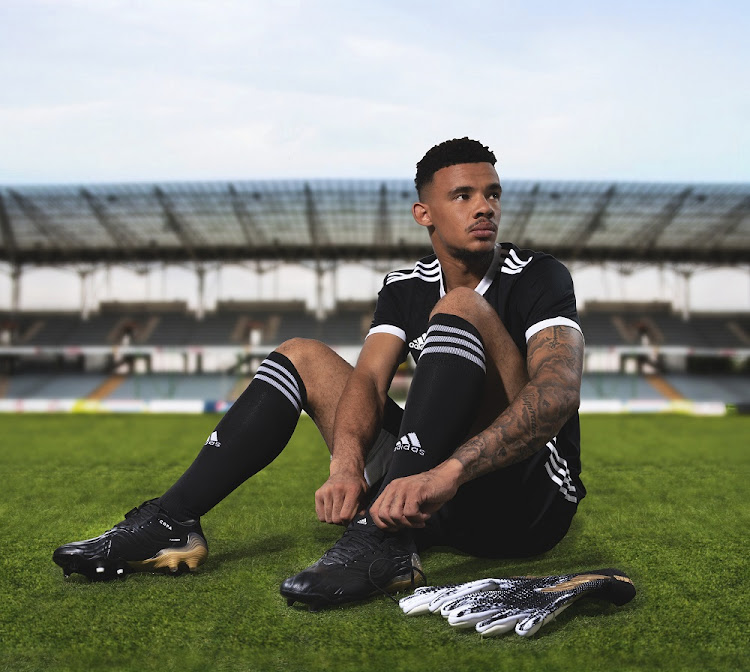 SuperSport United and Bafana Bafana shot-stopper Ronwen Williams is the face of resilience, having sacrificed a lot to make his soccer dreams come true. The 29-year-old speaks to us about perseverance, sacrifice, and maintaining a positive outlook.

My sports journey started with me playing for the Shatterprufe Rovers as a striker until I got selected to represent my province, the Eastern Cape.

I started taking the goalkeeper position seriously later on, and in 2003 I played the LoveLife Games in Durban where I was selected for trials, and later signed with SuperSport United academy in 2005 as a junior.

When I finished my matric in 2009, I joined the first team, and I have been with them for 12 years now.

My Bafana Bafana debut in 2014 was an experience I will not forget. It was out of this world.

Beating Egypt in Afcon 2019 was also quite a big thing for me. The game had over 20 000 spectators, all with their own opinions. Silencing them by doing my best was wonderful and a great achievement for me.

I have learnt so much. When I signed for SuperSport, coach Gavin Hunt told me not to invest in cars but rather to invest in property, and I took his advice.

Over the years, I have bought a few properties and invested. I would advise the same to the current players. The game can be taken away from you at any time and you will be left with nothing. At least now I have something to fall back on.

I’m a very positive person with a positive outlook on life. I never think of anything negative, especially leading up to a game. A former coach, Stuart Baxter, once told me: “Do not start the engine too soon,” and I keep my mind sane by not thinking about the game until I must.

It is all about having peaceful energy, by inviting and attracting good energy all the time. Do not distract yourself with issues as it is going to affect your mind. As a footballer, if your mind is clear, you will perform to the best of your abilities. That approach goes hand-in-hand with our daily lives: if you have a clear conscience, nothing can stop you from achieving what you want.

It was tough not being able to do what I have been doing all my life, which is going to the ground. For the longest time I could not do things that I do daily, even being around the field just to smell the grass.

I missed being with the team the most. Even though we had our Zoom meetings, it was not the same as being around a team environment. I missed the guys and the camaraderie. It was challenging, but it made me strong mentally.

I realised that soccer could be taken away from me anytime, so I appreciate the game a lot more now. I don’t take it for granted. I am happy we are playing again and back on the field, adhering to all the protocols. We have taken it as our new normal.

Don’t let anyone tell you that you can’t do it because it is your life and your dreams at the end of the day. Even if it means sacrificing certain things. Leaving home at such a young age was not easy. Going through that stage without any familiarity was a challenge because I did not know anyone at that time. But I had to sacrifice to achieve my dreams.

Believing in yourself and working hard is essential. Be the best you can be every day because you never know who is watching.

It is key to feel comfortable and having the correct boot that is a perfect fit is crucial to focus on the game, meaning one less stress. I use the Adidas Copa Sense. I find, it is the perfect boot for a goalkeeper for distributing. I also prefer the Soft Ground to perform best, and I feel comfortable in them.

Having a mentor helps. I look up to my Uncle Mokes. He was a goalkeeper and the first player I looked up to. We are very close, and he was my first coach, coaching me until I joined SuperSport. He still watches all my games, and we study my games together and chat about them. He does not tell me how to play, but rather we discuss the game.

We round up seven things you might not know about Rugby star Makazole Mapimpi.
S Mag
1 year ago

Mapimpi keen to give budding sports stars a hand up

Standing over a dominating 1.8m tall, Makazole Mapimpi is the last person you would want to face on a rugby field.
Entertainment
10 months ago

Here are seven things you need to know about the young talent who has been dubbed the new Thierry Henry.
S Mag
3 years ago

Opinion | The French team is a stark reminder of colonialism

The French national team that will play in the FIFA world cup final this weekend is not "Team Africa" or the "last African team standing".
S Mag
3 years ago
Next Article