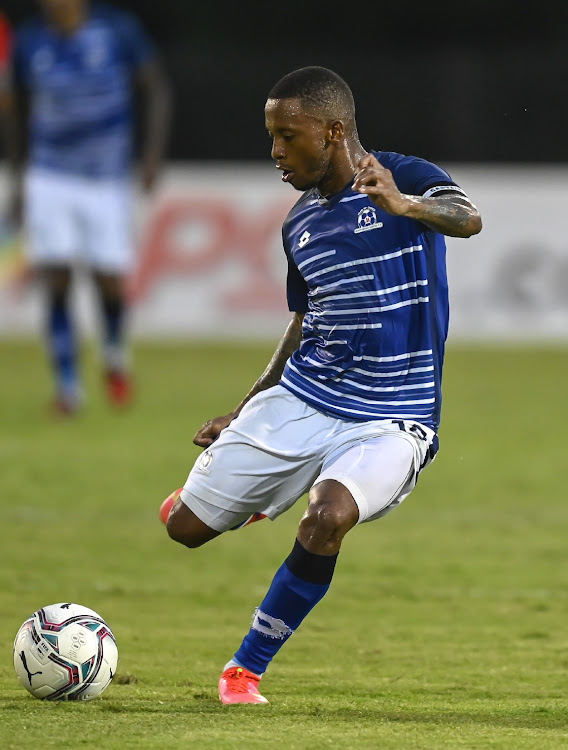 Football can be a very cruel game, and Black Leopards coach Lehlohonolo Seema can attest to that saying. Seema's charges suffered a late dramatic DStv Premiership defeat to Maritzburg United when they conceded a goal three minutes into stoppage time.

Thabiso Kutumela converted a penalty to gift the Team of Choice a vital 1-0 win in a bottom-of-the-table clash at the Harry Gwala Stadium on Tuesday and break the visitors' hearts.

Seema was lost for words as he battled to explain how they dropped all the points with virtually the last kick of the game. Seema said he was not sure if the penalty was correctly awarded or not and he would have another look at it.

“Both teams were going at each other and you could see the nerves here and there from both teams. It was a good game and both teams wanted to win the game. I cannot fault my players for their effort. The loss is a bitter pill to swallow as the game was there for the taking until the last kick of the game.

"They were awarded a penalty and I am not sure if it should have stood or not from where I was standing. I still have to have a look at it again. But once the referee decides that it's a penalty there is nothing that we can do about it," said a disappointed Seema.

Seema said they would go back to the drawing board. “The players must learn to bear with the referee's decision. The referee gave them a penalty and the players were distraught. The players felt bad to concede in that manner after they put up a good fight.

"However, we have to pick ourselves up and focus on our home game against Arrows. If we play like this, we can win in Venda. We were unlucky not to get a point from this game," added Seema.

Following two successive victories in all competitions, Black Leopards coach Lehlohonolo Seema wants to build on the momentum with a trip to ...
Sport
7 months ago

Chippa United's attempt to sneak a quick double over Cape Town City was thwarted as the sides played to a goalless draw in their DStv Premiership ...
Sport
7 months ago

Swallows have averted the risk of losing defender Njabulo Ngcobo for free by choosing to activate a clause in his contract which grants the club ...
Sport
7 months ago
Next Article