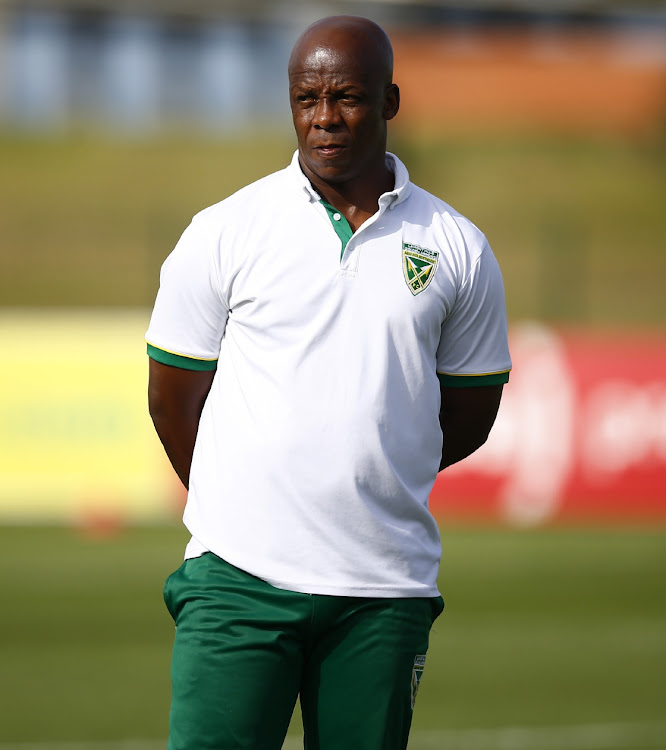 Golden Arrows coach Mandla Ncikazi admitted that the late goal they conceded against AmaZulu in the Nedbank Cup first round felt like a sucker punch as they failed to recover from that.

Arrows were on course to advance to the next round of the competition after Micheal Gumede put them ahead early in the first half. But Lehlohonolo Majoro equalised with the last kick of the match to send the match into extra time.

Arrows then went on to lose the match 4-5 on a penalty shootout to leave Ncikazi disappointed as he thought they had done enough to earn a place in the last 16 of the knockout competition.

“The biggest setback was conceding in the last minute of the match. We never recovered from there and it just felt like a loss and never saw my team again with the same energy,” Ncikazi told the media after the match.

“I thought we dominated the first half. Maybe we should learn to change and turn our possession dominance into goals. In a typical cup match, second half, they made changes, and when they changed the formation into 3-4-3, I thought we struggled a bit. But I thought we adapted well.

“Having said that, we lost a derby, not the best brand of football in the second half, in some stage, first half, we played well, and I feel for the players and the amount of effort that they put into this match.

“In their mind, the game was over, and when you concede at that moment, it gives the energy to the opponents that we are back.

“We never recovered from there mentally. Congratulations to AmaZulu.”

Ncikazi is now demanding an immediate response when his side visit Stellenbosch FC in the DStv Premiership match at Danie Craven Stadium on Friday.

“I’m already looking into the next match, how the mental state is, but we must take the positives and negatives. Negatives are the lessons, and we have to do well again,” Ncikazi said.

“We have a good team and players who are willing to improve and I’m very confident and optimistic that we will be able to bounce back stronger than we were today.

“A loss is a lesson. We lost in Cape Town, after that we came back and won two matches. We will use that example that we lost 2-4 against Cape Town City and we came back to beat Orlando Pirates and Maritzburg United.

“So this is the same scenario; we are still strong and we must accept that we will lose matches, and that should be a lesson.”