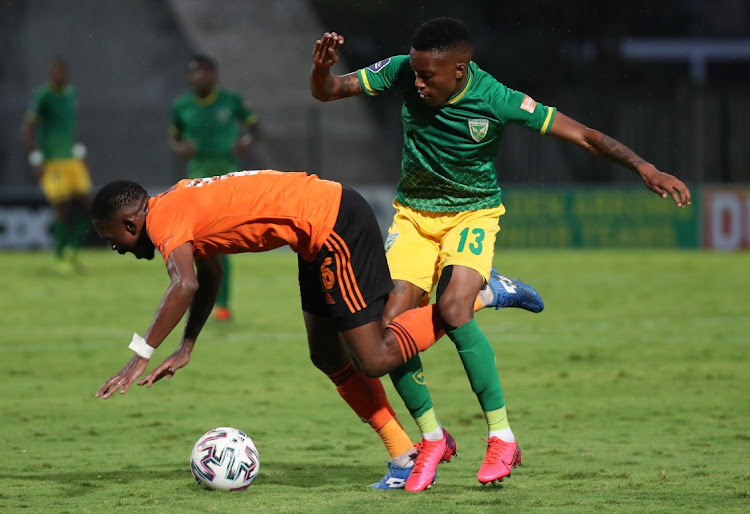 Arrows clinched what’ll arguably go down as one of their most famous league wins in recent years, via a brilliant brace from Pule Mmodi, who joined the Durban club from second-tier side Uthongathi before the start of the season.

“I think it was one of those games where we were almost perfect in a lot of departments. I think we adapted well to the fact that they used two No.10s, we also adapted well to them playing the ball on top [upfront],’’ Ncikazi reflected.

“We had the ability to come out cleanly in our tackles and we defended well. Even in the second half, they had more ball possession, but we created better chances.’’

In the past few weeks, Ncikazi made it clear their season's main goal was to earn a top-eight berth, feeling that’d be a huge improvement from the previous term, where they finished 12th. Arrows are now fourth on the table on 25 points from 14 games.

“We are just within our targets. We don’t want to punch above our weight. Performances are good, but we are a work in progress. However, I am proud to be a coach of such a good team,’’ said the Arrows coach.

The 51-year-old Ncikazi, who took charge of the team following the departure of Steve Komphela to Mamelodi Sundowns a few weeks before the start of the season, also told how they, as the technical panel, kept on encouraging Mmodi to take shots.

“Surprisingly, during the team talk we talked to Mmodi and told him that he’s the one player that takes a lot of shots, but they’re not on target,’’ Ncikazi disclosed.

“I told him not to give up on taking those shots, if you don’t play lottery  you can’t win it, so I encouraged him to keep on trying and today [on Tuesday] it worked for him and I am very proud of the young man.’’

Abafana Bes’thende would be eager to take their blistering DStv Premiership form into the Nedbank Cup, where they face provincial foes AmaZulu in the last 32 at Sugar Ray Xulu Stadium on Saturday (5pm).

Orlando Pirates continue to be a model of inconsistency, following a tough Soweto derby win on the weekend with Wednesday evening’s 2-0 DStv ...
Sport
11 months ago
Next Article