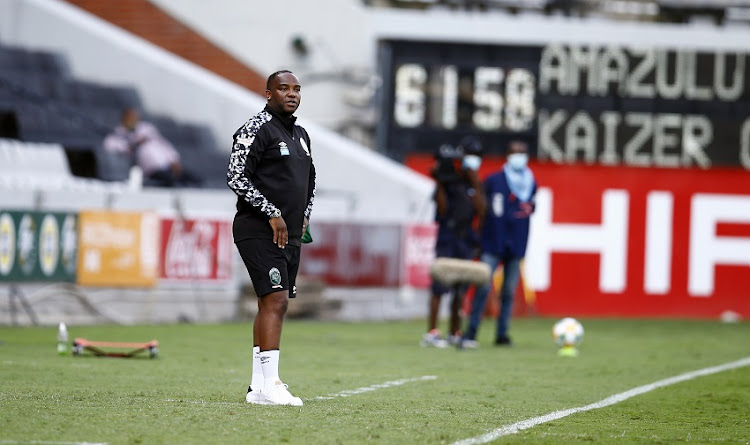 Benni McCarthy says it won’t get any easier for AmaZulu FC when they engage in-form neighbours Lamontville Golden Arrows in the last-32 of the Nedbank Cup at the Sugar Ray Xulu Stadium in Durban on Saturday.

Though Usuthu are in the their own best of this season having won their last three DStv Premiership matches on the trot‚ McCarthy is still wary of the transition game that Arrows have played to good effect. This culminated in Abafana Bes-thende’s culminating solid 2-0 win against Orlando Pirates at their Clermont Sugar Ray Xulu Stadium home venue on Tuesday.

“Of course we want to win [the Nedbank] – we’re preparing to win this cup‚” said McCarthy‚ whose team last won a competition in 1992 when they beat Kaizer Chiefs 3-1 in what was then the Coca-Cola Cup.

“It all depends on the opposition. It will be a very hard-fought match and one of the teams will want to win‚ especially because it’s a KZN derby – that makes it a challenge and even tougher.

“But we’re going to this challenge wanting to win and wanting to succeed. We want to go to the next stage.”

Arrows beat AmaZulu 2-0 in a league clash on December 16. It was a match that McCarthy watched from afar before he took over from predecessor Ayanda Dlamini.

The former Bafana Bafana striker has since helped AmaZulu win four‚ draw three and lose one in eight games‚ raising hopes of fulfilling new owner Sandile Zungu’s dream of seeing Usuthu finishing in the top four in the Premiership for the first time in the PSL era.

“Both team are on good form and both teams won their last matches and we’re sitting sixth [Arrows] and seventh [AmaZulu] in the league‚ so I think it makes for good reading and hopefully we’ll be able to give people the spectacle they deserve‚” said McCarthy‚ whose side produced a remarkable last-gasp 4-3 victory over Bloemfontein Celtic on Tuesday.

“It’s two teams that play very offensive football. Arrows got a beautiful result against the mighty Orlando Pirates and ourselves against Bloem Celtic‚ so it was entertaining football from both sides.

“Now we’re going to have an opportunity on Saturday and ja‚ it’s going to be very interesting. From my side of things I’m struggling to have my best squad available because with such a tight schedule and a game every third day – it’s been really working against the clock.

“As it was seen [against Celtic] two key players‚ Makhehleni Makhaula and Siyethemba Sithebe‚ got injured in the game. And prior to the game [Luvuyo] Memela pulled out because of injury.”

Still‚ McCarthy feels AmaZulu will improve on their league defeat to Arrows.