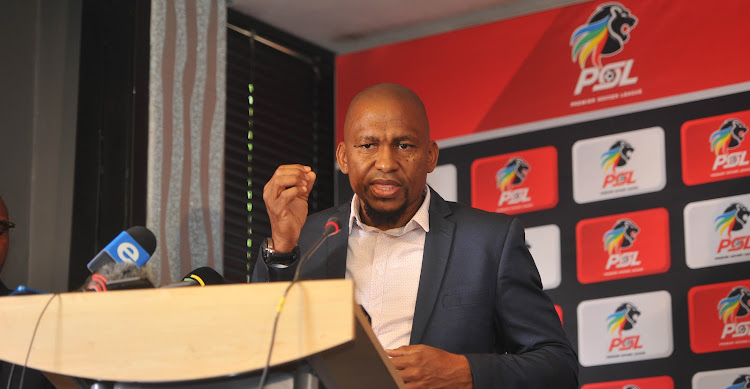 The South African Football Players Union (Safpu) has stepped in at controversy-riddled Tshakhuma Tsha Madzivhandila (TTM) in a bid to address the myriad of problems that have been flagged by the players.

The DStv Premiership newcomers have courted headlines for all the wrong reasons since the start of the season with the troubled side facing threats of strike action and a boycott of matches by the players.

The club was also accused of failing to pay salaries and signing-on fees on time.

Safpu president Thulaganyo Gaoshubelwe told TimesLIVE that they met with some of the TTM players on Wednesday following their 3-0 defeat to Kaizer Chiefs on Tuesday night and discussed the various issues at the unsettled side.

“The meeting went well because the players raised the issues that concern them‚” said Gaoshubelwe.

“We spoke about a lot of things‚ including issues that sometimes appear in the media. [These issues] are not necessarily true according to what [the players] told us. There is a committee that has been formed to work directly with ourselves as a union.

“What we have agreed on is to make sure that we are able to quantify all the issues that we talked about and we will continue to engage with them going forward. We will probably sit with the committee again soon to try and iron out some of the issues that need to be sorted out.

“Some of the players‚ especially those who are from Johannesburg‚ were not present in the meeting as they were released by the team after the match [against Chiefs]. We have not agreed on the final decision regarding the approach going forward‚ but we have agreed to convene again to deal with all those issues.”

Gaoshubelwe did not reveal the issues that were raised by the players.

“They said there is an internal process that they are engaged with and they want us to help them to communicate with management. They don’t want information to be in the media before they have addressed the management.

“They are travelling [on Wednesday] and we hope they will convene [on Thursday] in Limpopo. The next physical meeting with the whole team and us will probably be held next Tuesday because these are issues that must be addressed immediately with the management.”

TTM spokesperson Livhuwani Madzuhe confirmed that Safpu met with the players on Wednesday in Johannesburg.

“They said the meeting was part of their presentation to all their clients regarding the benefits and they were just reminding them what the benefits of being a member of Safpu are.

"I was there in the meeting and Safpu president did a presentation on recruitment for new members‚” said Madzuhe.