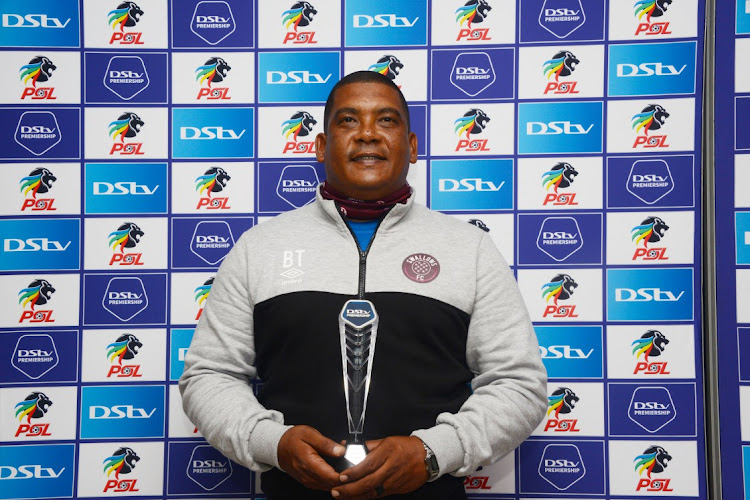 The Premier Soccer League’s decision to issue the December/January coach of the month gong to Swallows’ Brandon Truter has once again set tongues wagging; with some feeling Mamelodi Sundowns co-coach Manqoba Mngqithi was more deserving.

Like it happened when he won the season’s maiden coach of the month accolade last month, Truter’s triumph was marred by controversy as many football lovers had tipped Mngqithi to take the award home by virtue of being top of the table.

Truter may not have deserved to win the previous one, as numbers showed that Sundowns were better than Swallows, but this time around the Birds and the Brazilians were simply inextricable in the covered period.

From December 5 to January 10, both Swallows and Downs played five matches and accumulated equal number of points (11), with three wins and two stalemates apiece.

During this five-game cycle, Swallows beat Maritzburg United (2-0 at home), Black Leopards (2-1 away) and Cape Town City (3-2 at home), while drawing 1-all away to Golden Arrows and Orlando Pirates.

Sundowns’ three victories came against TS Galaxy (2-0 at home), Pirates (1-0 at home ) and Baroka 2-0 on the road. Downs drew away 1-1 against Arrows and Maritzburg.

During this process, Swallows scored nine goals, two more than Sundowns, who on the other hand, conceded just two goals, while the Birds leaked in five. Overall statistics show  this was a close contest.

In their statement, the PSL acknowledged Mngqithi challenged Truter, insinuating Swallows’ come-from-behind 2-1 win over Leopards in Thohoyandou gave their coach the edge over his Downs counterpart.

“The experienced judging panel for the awards praised Truter for showcasing an exciting brand of football with Swallows as well as creating unity by combining a group of talented youngsters with experienced players at his disposal, including an incredible fight back in some of their tougher fixtures,'' said the statement.

''Truter and Gamildien edged fellow colleagues in Mngqithi as well as SuperSport United duo of Kaitano Tembo and Bradley Grobler, who were also hugely praised for the outstanding job they’ve done for their sides during this period.’’

The Swallows FC fairytale continued on Tuesday after crafty mentor Brandon Truter and in-form striker Ruzaigh Gamildien walked away with the Premier ...
Sport
1 year ago
Next Article