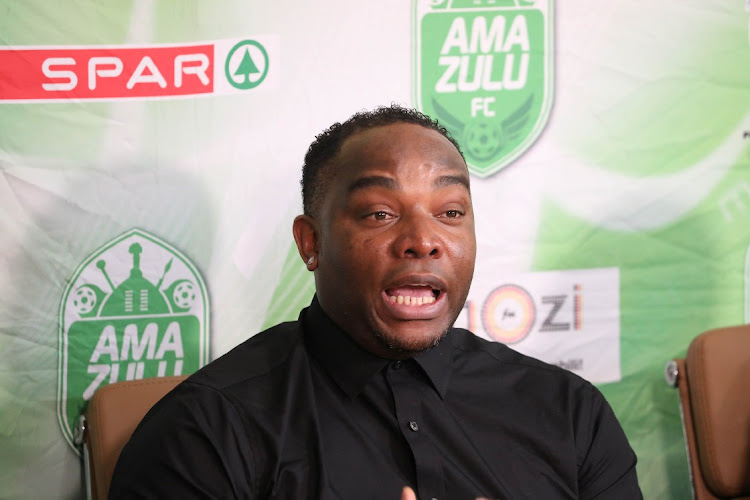 AmaZulu coach Benni McCarthy feels it is just a matter of time before his side turn the corner and start converting the opportunities they are creating.

McCarthy was once again left frustrated after watching his side miss chances during their goalless draw against Maritzburg United in the KwaZulu-Natal derby at Kings Park Stadium on Sunday.

Usuthu are now winless in three matches and were again dominant against Maritzburg but were not clinical in the final third.

“We made it very difficult for ourselves, and this was one of the biggest missed opportunities for ourselves,” McCarthy told the media after the match.

“I’m not the happiest. I’m satisfied with the performance, I cannot fault the players, but I’m not happy because we let three points slip, and we only managed to get one.”

What frustrates McCarthy is because his players are clinical at training, but fail to replicate the same during matches.

“Since the [Kaizer] Chiefs game, I understand the frustrations that we play well. We dominate ball possessions, and we create chances, and that’s why I’m not too worried because we do create chances, but unfortunately, we lack the killer instinct of putting the ball at the back of the net, that’s letting us down,” McCarthy said.

“Since our previous match against Chiefs, we had three training sessions, and every training session, we did finish. Individual finishing, and we have just been working on finishing, and you could see it looked like we were turning a corner because I have never seen a team finish so many chances in a long time and during a warm-up as well [against Maritzburg]. We looked like we just needed one chance to score but still no goal. But we are getting closer. We can’t miss the opportunities we are getting.”

Nevertheless, the 43-year-old was pleased with his side as he felt their game plan against the Team of Choice worked despite failing to convert. “We had a perfect game plan the way we played. The way we structured, the way we were organised. The way we didn’t even give them a glimpse of getting a goal, we restricted them.

“We allowed Judas Moseamedi and Thabiso Kutumela (more space), we know the partnership that they have, but they were nowhere in the game because we were so well organised."

Usuthu's next match is against SuperSport at Lucas Moripe Stadium tomorrow (5pm).

Maritzburg United defender Clayton Daniels views their KwaZulu-Natal derby clash against AmaZulu as any other game.
Sport
1 year ago

A disappointed Benni McCarthy has taken positives from AmaZulu’s 1-0 DStv Premiership loss to Kaizer Chiefs in Durban on Wednesday.
Sport
1 year ago
Next Article