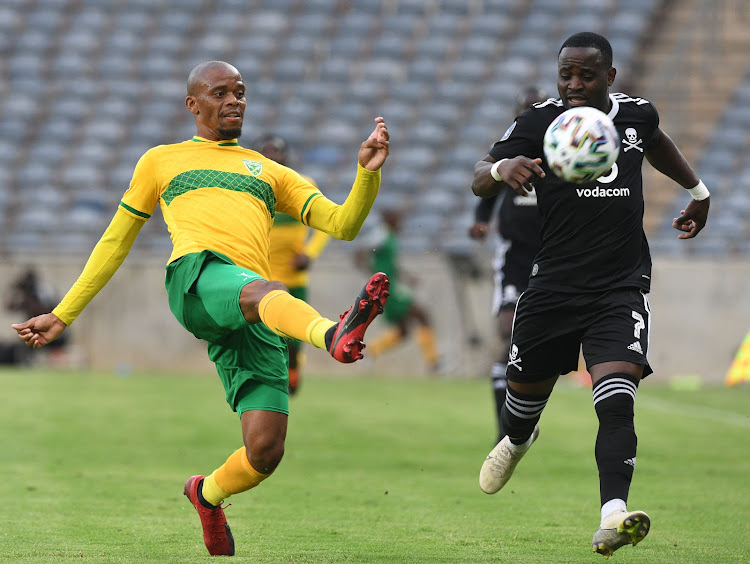 Orlando Pirates continue to drop points in the DStv Premiership, battling out a 0-0 draw against a classy Lamontville Golden Arrows at Orlando Stadium on Wednesday.

Bucs followed up a slack 2-0 defeat against Black Leopards on Sunday with a tough draw against one of the most solid Arrows combinations seen in some time.

Arrows had captain Matome Mathiane out having played 40 consecutive league matches, Seth Parusnath coming into midfield and Gladwin Shitolo dropping back to centreback from their 1-0 home win against Tshakhuma Tsha Madzivhandila on Saturday.

Wednesday's result means coach Mandla Ncikazi has steered his team to an impressive and resilient unbeaten four wins and seven draws in one of their best starts to a league season. Pirates, after 10 league matches unbeaten going back to last season, had dropped points with just a win, two draws and a defeat from their last four coming into Wednesday's game.

After a tough stalemate against hard-grafting Arrows title contenders Bucs have gained just six points from a possible 15 from their last five games. Zinnbauer, with a squad containing plenty of star quality, is seeking a winning flow for Bucs that has latterly deserted them.

The fourth- (Arrows) and fifth-placed (Pirates) teams in the league largely cancelled each other out in the opening half, though Bucs lifted their tempo to pry openings before the break.

Arrows were compact and worked hard to close the spaces, and as the away team would have been satisfied at an opening half where home side Bucs worked hard, but were largely frustrated by the opponents’ level of organisation.

It took until the 36th minute for the first real opportunity to arrive, and Bucs would have felt denied an opener. Ben Motshwari’s run through midfield created the momentum, feeding Vincent Pule on the left, who found the overlapping run of Sam, whose cross found Thembinkosi Lorch to direct a header onto the upright.

Pirates increasingly found their stride in the final 10 minutes of the half, prying half-chances.

Arrows managed to open Pirates for the first time seven minutes after the break, Knox Mutizwa’s chip over the top finding the run free of right-back Mthokozisi Dube who could only connect weakly at Ofori.

Zinnbauer introduced Mhango for Dzvukamanja who soon utilised his pace to run into space and force a save from goalkeeper Sifiso Mlungwana.

With the game opening midfielder Velemseni Ndwandwe was played in on the right by the pass of forward Pule Mmodi, knocked a short pass back inside for Mmodi who shot narrowly wide of Ofori’s goal.