Baroka get season back on track with win over Chippa 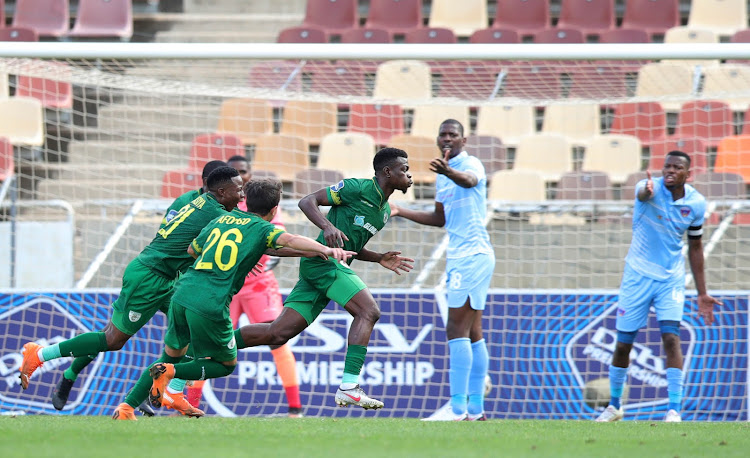 Baroka FC got their campaign back on track with a hard-fought come-from-behind victory over visiting Chippa United for their first success over the Port Elizabeth side in three years.

The 2-1 win‚ their third of the season to go with a defeat and a draw so far‚ catapulted the Limpopo side to third spot on the DStv Premiership standings.

Centre back Sandile Mthethwa put the visitors ahead shortly before the half-time break at the Peter Mokaba Stadium in Polokwane on Sunday afternoon after he connected with a Nyiko Mobbie cross to rifle home a close range shot to the roof of the net.

Baroka striker Evidence Makgopa equalised for the home side after 66 minutes when he headed home a corner kick.

Fellow attacker Richard Mbulu made sure of the maximum points when he found himself totally unmarked in the United box to head in the winning goal.

The victory will please head coach Matsimela Thoka as it snaps a three-match winless run.

Thoka had watched in disbelief in the past three matches with his team dropping five crucial points as they gave up a lead late in the 1-1 draws against Orlando Pirates away and Lamontville Golden Arrows at home.

These results were sandwiched by a 1-0 defeat to provincial rivals and Premiership rookies Tshakhuma Tsha Madzivhandila before Sunday's triumph.

Baroka moved to third place on the log standings with 11 points from six outings while United remain stuck in 11th place on five points from the same number of matches.

Baroka had the brightest of starts to the new season‚ chalking up two back-to-back victories and a draw in their opening three matches before a mini slump.

Bakgaga coach Thoka said he was pleased with the performance of his charges.

“I’m very happy for the boys‚ they showed character and the fighting spirit. It is what I wanted from them. I’m very happy about the performance of the boys‚” Baroka coach Thoka said in his post-match television interview.

His United counterpart Lehlohonolo Seema bemoaned the two goals which were conceded from set-pieces and said that he had warned his players about the potency of their hosts when it comes to dead-ball situations.

“I can’t believe we have lost this game. I don’t know how many chances we created before we scored this goal‚” said Seema.

“And what is heartbreaking for the players is that they work hard but then they let the teams off the hook. These guys should learn quickly and we spoke about that before the match.

“The only way they could score was through the set-pieces and here we are.”

Baroka have a 10-day break before their next Premiership match away to Bloemfontein Celtic on December 16‚ while Chippa will travel to Soweto to face Orlando Pirates in their next encounter on the same day.

Meanwhile, Stellenbosch FC moved into the top half of the table with a crucial 1-0 win away at TS Galaxy.