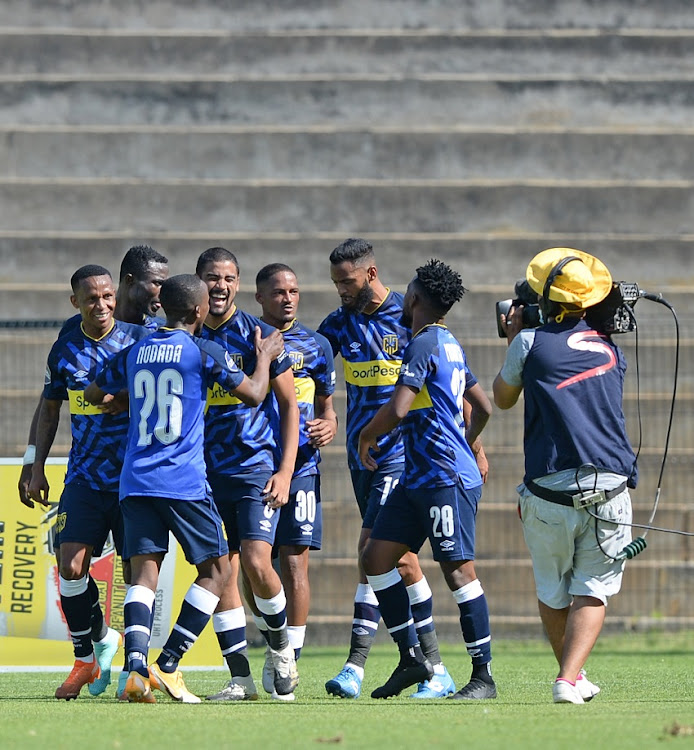 Cape Town City have never lost a home match against Orlando Pirates since their formation in 2016 and the Citizens kept that record intact in the lively 2-2 DStv Premiership draw at Danie Craven Stadium in Stellenbosch on Saturday afternoon.

A spectacular swerving long-range ground shot by Abbubaker Mobara‚ Bucs' former player‚ looked to give City all the three points to make it 2-1‚ with three goals banged in by just the 32nd minute in a match that was not short of goal-scoring opportunities at both ends in both halves.

But Vincent Pule's 65th-minute leveler‚ his second strike of the match‚ gave Pirates a vital point and stretched their unbeaten run in all competitions to six matches while keeping them close to leaders Mamelodi Sundowns in the league.

Pirates failed for the third game running to avoid conceding first as they allowed Mduduzi Mdantsane enough space on the edge of the area to beat Richard Ofori with a fantastic curler in the seventh minute.

Mobara’s 32nd-minute scorcher of a strike came out of nowhere as he caught Ofori with a long-range shot. But the Ghanaian gloveman could have had a chance to stop Mobara’s piledriver had he been well positioned.

Pirates have always struggled to beat City in the Mother City and that scenario looked to continue on Saturday. Bucs should thank Lepasa for his big contribution in the creation of Pule’s brace.

The young Bucs striker was also unlucky on more than one occasion‚ his shots saved on the line by Leeuwenburgh when City’s defence was well breached.

The game against City came seven days before Bucs’ attempt to end their six-year trophy drought in the MTN8 final against Bloemfontein Celtic at the Moses Mabhida Stadium in Durban.

It was at the same Durban venue where Bucs last won a piece of silverware‚ in a 3-1 Nedbank Cup final victory against now-defunct Bidvest Wits‚ a team that has now provided Bucs with key players that include their skipper Hlatshwayo‚ attacker Deon Hotto and midfielder Thabang Monare‚ who all started Saturday’s game.

In Celtic‚ Bucs will face a hungry team who also want to end a long drought of their own. Celtic won their last of only three honours in their 50-year history in 2012 when they won the Telkom Knockout.