Hunt on refereeing decisions against Chiefs: 'maybe they got all the penalties last year' 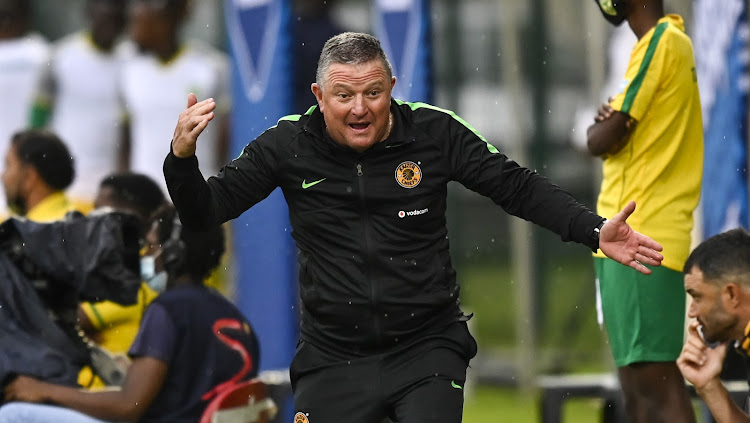 Kaizer Chiefs showed some signs of progress but also key areas‚ and especially their defence‚ that need tightening up‚ coach Gavin Hunt said as he weighed the pros and cons of his team’s 2-2 DStv Premiership draw against Lamontville Golden Arrows on Saturday.

It seemed important for Chiefs that Leonardo Castro finally found the back of the net instead of the frame of it‚ having again hit the woodwork in the first half at Durban’s Sugar Ray Xulu Stadium.

Also significant was that the Colombian’s second-half brace broke Chiefs’ Premiership scoring duck (by an Amakhosi player) in 2020-21 in their fourth game.

Chiefs had scored in their 1-0 win against Chippa United‚ but via an own goal.

Hunt knows‚ though‚ that his team still need to tighten up significantly at the back.

“Ja‚ look‚ we’re very disappointed with a 2-2 draw. I thought we had the game in control‚ we had so many opportunities‚” Hunt said afterwards.

“But you could see why we had not scored in seven [six] games.

"The chances we missed‚ really‚ one-on-one with the goalkeeper in the first half – we could have been three or four there.

“The second half as well‚ we played some good stuff. And then‚ ja‚ our defending has also been a problem.

“But I mean‚ you know‚ from where we’ve been and where we are‚ I’m disappointed but that’s a good sign if you’re disappointed because we expected more‚ that’s for sure.”

Chiefs‚ enduring a rough start to their domestic programme‚ have the further complication now of continental football.

Amakhosi follow Tuesday night’s first Soweto derby against Swallows FC since that team’s promotion back to the Premiership at Dobsonville Stadium with Sunday’s first leg of their Caf Champions League preliminary round tie against PWD Bamenda at Limbe Omnisport Stadium in Limbe‚ Cameroon.

With a view to a tough programme coming up‚ Hunt continued to widen his pool of senior team players handing a debut off the bench in the 82nd minute on Saturday to another of his promoted players‚ Darrel Matsheke.

Hunt was asked if missing some players might give others a chance‚ and suggested in his reply that he will only to a certain extent be able to turn to his promoted youngsters.

“Well‚ not really – no‚ we can’t. We’re not playing friendlies‚ we’re playing proper games. And we need people with legs‚ determined‚ who want to do it‚” he said.

“And these young ones have got a bit of legs‚ but they also need to be tactically good‚ and we haven’t had much time on the training ground.

“But it’s disappointing that we came away with a draw.”