Coach at a loss for words after fourth loss, bosses worried 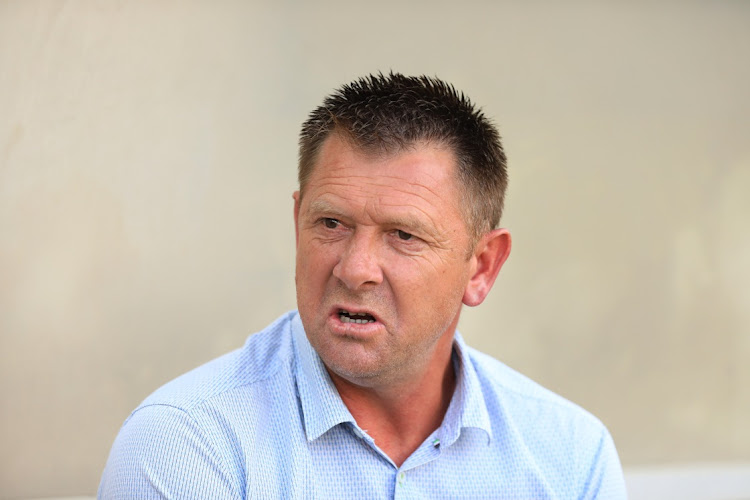 Eric Tinkler's job could be on the line after Maritzburg United suffered another loss at the weekend. The Team of Choice lost for the fourth time in a row in the DStv Premiershio following their 0-1 defeat at Black Leopards.

Club chairman Farouk Kadodia has stated they are worried about the team's dramatic loss of form and a decision on Tinkler's future will be made soon.

The Team of Choice winless run has now stretched to 11 matches, with the last time they recorded a victory being in March when they edged Polokwane City 1-0.

“The club position is quite serious, and we need to do a complete review on where we stand,” Kadodia told Sowetan yesterday. “So we will decide on what we are doing. We have to review the whole team, from the technical team to the players, to see where it is going wrong. We will then make an official statement afterwards. We are hoping we will do so in the next few days.”

Tinkler could not explain why his side are failing to win, saying at this stage, they seem not able to get results.

"This was a massively disappointing loss felt for the players because I don’t think they deserve it,” Tinkler said after the defeat to Leopards at Thohoyandou Stadium on Saturday.

“I thought we dominated, and we dictated play, practically the whole match. It is just that we didn’t take the opportunities that we created, and one mistake led to a goal.

“That has been the story of our season so far, and we don’t seem to be able to buy results, and let’s see what happens moving forward. The morale, the confidence, we would try to build it.

“Everybody was extremely disappointed with the results, but ultimately, I can’t fault the players."

Meanwhile, Leopards assistant coach Morgan Shivambu was pleased with the results, which was their first in the season in four matches.

“We did well starting from the first half. Usually, we were conceding goals in the first 10 minutes, but in this match, we did well,” Shivambu said.

In other results on Saturday, Stellenbosch defeated Chippa United 2-0 at Danie Craven Stadium, while Swallows and TS Galaxy played to a goalless draw at Dobsonville Stadium.

Having last won by beating Polokwane City 1-0 last season in March, it is safe to say Maritzburg United coach Eric Tinkler would be one of the ...
Sport
1 year ago
Next Article