SuperSport to work on shoring up their defence 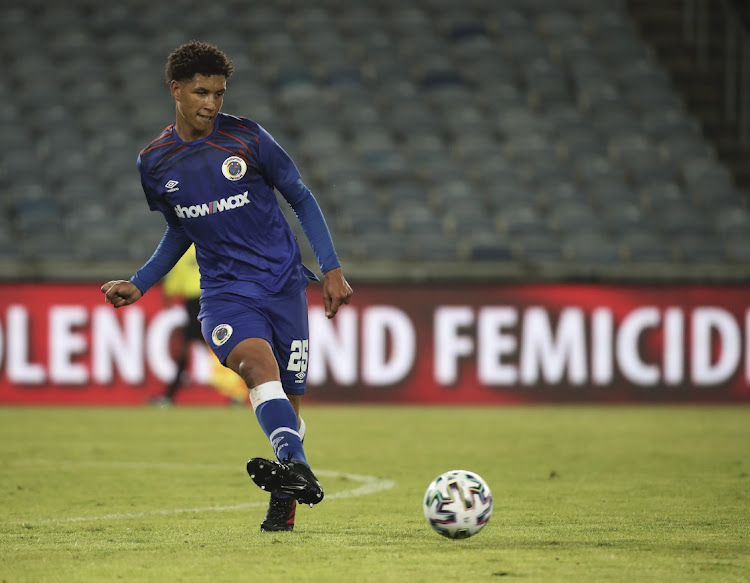 SuperSport United coach Kaitano Tembo has encouraged young defender Luke Fleurs not to allow the error that resulted in their 1-2 defeat to Orlando Pirates to demoralise him.

With the match seemingly heading for a draw at Orlando Stadium on Saturday night, Pirates striker Tshegofatso Mabasa made the most of poor communication between Fleurs and Ronwen Williams to slot a winner into an empty net in the 87th minute.

Tembo defended the 20-year-old, saying he must forget about the mistake and learn from it.

“All we needed was to try and manage the game because to be fair, I don’t think Pirates look like scoring,” Tembo said after the match.

“In a critical phase, three minutes before the end, we went to sleep. Fleurs is a youngster. I think he had a fantastic game. He played well and he can only learn from these mistakes, but to be fair, I think defensively we have been struggling this season.”

Matsatsantsa a Pitori had a dream start when Teboho Mokoena put them in the lead in the sixth minute. However, the Buccaneers hit back in the second half, with Zakhele Lepasa scoring the equaliser before Mabasa netted the winner.

“We scored early and I thought from there on we would try to manage the game. In possession we did well. We denied them too much space to play.

“But the second half was a bit difficult with the changes they made. They started dominating the midfield a little bit, but still I thought we played well. The main issue for me is scoring goals. We didn’t look like we would score, but we didn’t deserve to lose the game.”

SuperSport’s next match is away to struggling Maritzburg United on Friday at Harry Gwala stadium.

Having had six players on national duty over the past few days of the Fifa week has negatively impacted on SuperSport United coach Kaitano Tembo’s ...
Sport
1 year ago
Next Article