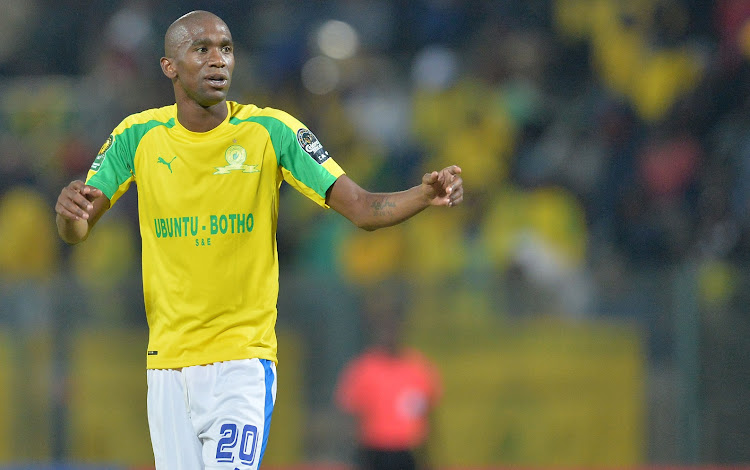 The former Mamelodi Sundowns defender, who had recently been released to play for AmaZulu, died in a car accident in northern KwaZulu-Natal.

“The accident happened near Fairbreeze on the N2. A woman had been driving a white BMW. The male passenger was flung from the vehicle and was pronounced dead when paramedics arrived.  The driver is currently in a critical condition and was transported to hospital,” a traffic officer, not authorised to speak to the media, said.

It is understood the vehicle was travelling towards Durban when the driver lost control and veered down a steep embankment. The vehicle then overturned.

Former Bafana Bafana and Mamelodi Sundowns defender Anele Ngcongca, who had recently been released to play for AmaZulu, has been killed in a vehicle ...
Sport
1 year ago

“The circumstances surrounding the incident are still under investigation. A case of culpable homicide has been opened for investigation by Mtunzini police,” said police spokesperson Brig Jay Naicker.

Ngcongca's death sent shock waves across the country and led to a flood of messages in tribute to the star.

This can’t be, this can’t be, can it really be, ohhh nooooh no, 😭 Anele ? No oh no 😭 Ngcongca nooh maan 🙏🏿. To his family from us to you , please be strong in this time, death be not proud. Oh what a gentle and an athlete - to football family this is hailstorm ⛈ indeed MHSRIP pic.twitter.com/MYaFsjq86o

May your soul Rest in Peace Anele Ngcongca... Dead shall no be proud 2020 does wanna end easy 💔💔 pic.twitter.com/oJ75FEuCld

Thank you for the memories Sir. pic.twitter.com/y4fzDoh9LM

A life well lived. A star in his own right. RIP Anele Ngcongca pic.twitter.com/gJ0IBI1ZkR

You made your mark, Anele. I’ll remember those anecdotes you shared on how you took “Gingerman” under your wing at Genk; you even shared these pics. Thanks for the memories and rest well #TheTera16 🙏🏽 pic.twitter.com/aYKtTgL5aY

I can’t believe this news about Anele 💔 never met the guy but he always seemed reserved and professional. May his soul Rest In Peace.

Anele was so young 💔