Reigning player of the year scores a hat-trick 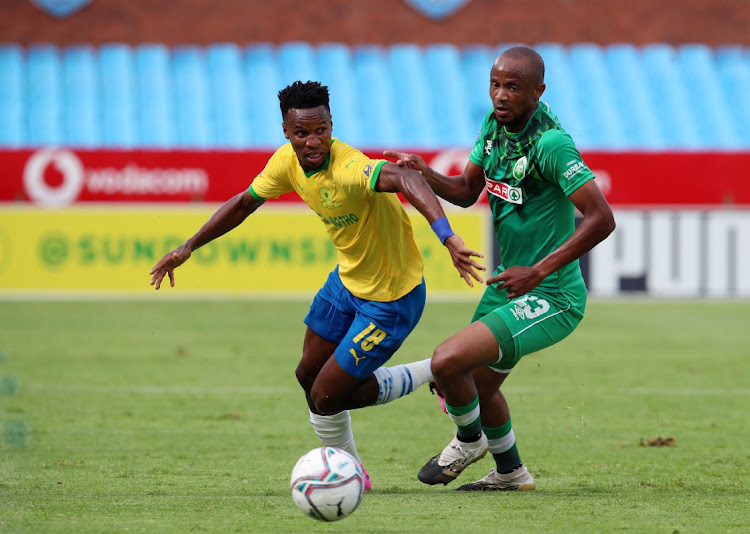 Mamelodi Sundowns talisman Themba Zwane had a week to remember. The 31-year-old became a hero for club and country as he scored crucial goals to help them win their games.

The week belonged to Zwane, who bagged a brace for Bafana Bafana and a hat-trick for his club Mamelodi Sundowns.

Reigning player of the year Zwane was at his best as he took the match ball home when Sundowns recorded a nail-biting 4-3 victory over AmaZulu in their DStv Premiership at Loftus Versfeld Stadium yesterday.

Zwane bagged two goals to help Bafana win their Africa Cup of Nations qualifier against Sao Tome in Port Elizabeth last Monday. His rich vein of form continued against Usuthu as his touch of class made the difference.

The first half produced fireworks with four goals scored. Usuthu were the quickest to get out of the blocks when Lehlohonolo Majoro accepted a gift from Brazilian defender Ricardo Nascimento's back pass. Majoro took full advantage of the situation to become the first player to score against Sundowns this season, just 15 minutes into the first half.

The Brazilians share the same venue with rugby giants Blue Bulls and it was evident as the pitch was slippery and had patches in goal as the Bulls defeated the Pumas 21-5 in a Super Rugby match a day before.

Nascimento's nightmare continued when he conceded a penalty in the second half. Luvuyo Memela stepped up to convert. But Peter Shalulile, who made three assists, headed in his second goal of the season. Sandile Khumalo grabbed the third for the visitors to make it a nerve-racking finish for Sundowns in an entertaining game.

Elsewhere yesterday, Tshakhuma registered their first win of the season when they beat neighbours Baroka 1-0, while Cape Town City inflicted a heavy 4-2 drubbing on Bloemfontein Celtic.