Motsepe league winners to walk away with R1m 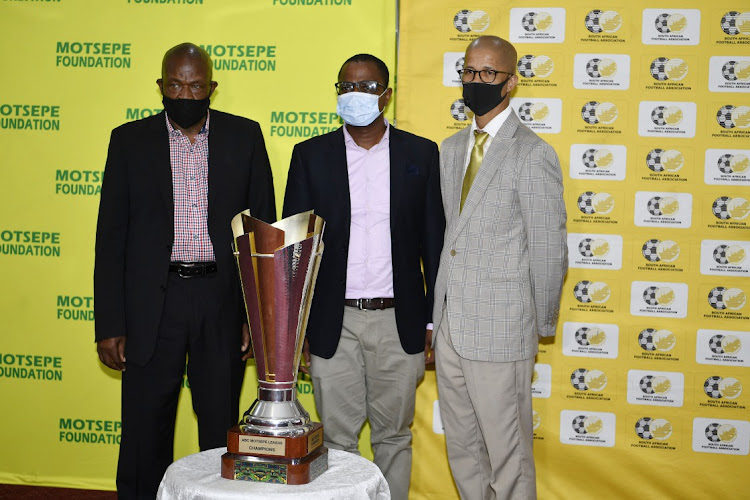 The Premier Soccer League (PSL) will know the identity of the two teams that will replace relegated Royal Eagles and Mbombela United in the GladAfrica Championship next month.

The SA Football Association (Safa) conducted the national play-off draw of the ABC Motsepe League at its headquarters yesterday. The Vaal University of Technology will host the nine-team tournament from November 9 to 14.

Winners of the national playoffs will walk away with a trophy and a whopping R1m in cash, while the runners-up will collect a purse of R500,000.

The PSL is yet to set a date for the kick-off of the National First Division League owing to the delay in starting the process of looking for the two teams that will fill the gap left by the relegated teams in GladAfrica Championship 2020-21 season.

The national ABC Motsepe League season has been declared null and void with the top teams crowned provincial champions.
Sport
1 year ago

The semifinals will be played on November 12, followed by the final two days later.

Safa interim CEO Tebogo Motlanthe said the prize money should help the newly promoted teams to prepare for life in the second division.

“The two teams will receive a monthly grant of R500,000 in the GladAfrica Championship, and what we are giving them is the preparation grant. Good luck to all the nine teams,” said Motlanthe.

The good news is that Safa extended the transfer window until the end of November to give the two teams enough time to register new players when they begin life in a new league. “There is a health protocol which was designed by the association. The hotels where they will stay in are Covid-19 compliant, and there will be continuous checking of temperature and screening,” added Motlanthe.

At the weekend, Safa Eastern Cape secretary Isaac Klaas sent a communication to the media that the third tier division would resume on October 1.
Sport
1 year ago
Next Article