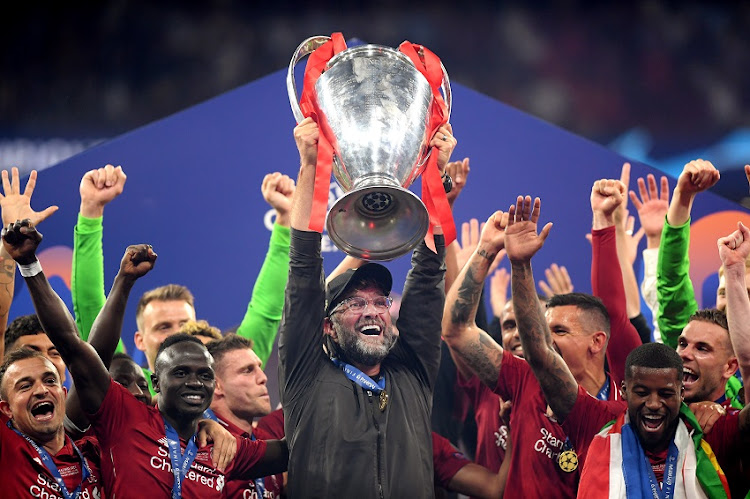 German manager Jurgen Klopp and his multinational squad of players have been given most of the credit for Liverpool’s Premier League triumph but behind the 19th top flight title has been the astute ownership of a group of American executives.

It did not take great imagination to work out why the owners of the Boston Red Sox saw potential in Liverpool, when they purchased the team 10 years ago.

In 2004, the business partners in Fenway Sports Group, then known as New England Sports Ventures, experienced the impact sporting success could have on a club that had been starved of it for years.

After 86 years, the Red Sox finally won the World Series again, ending a wait that was known as the ‘Curse of the Bambino’ - a reference to the team’s decision to sell star pitcher Babe Ruth to rivals the New York Yankees after the 1919 season.

“Our goal in Liverpool is to create the kind of stability that the Red Sox enjoy,” said John Henry, who became Liverpool’s principal owner after the takeover, “We are committed to building for the long term.” There was some justifiable scepticism about the takeover on Merseyside given that the club’s previous American owners, Tom Hicks and George Gillett, had presided over a period of decline and rancour.

It was also noticeable that Henry’s goal was a modest one — to bring stability. So many owners take over club’s promising glory to come but the avoidance of grandiose pledges was a sign of what was to come.

The Americans inherited Roy Hodsgon as manager and sacked him in January 2011 with the club in 12th place in the league. Legendary former player and manager Kenny Dalglish was put in temporary charge until Brendan Rodgers was chosen as the man to take the club forward.

Rodgers went close to winning the title in 2014 but things really started to click with the appointment of Juergen Klopp in October 2015.

While Klopp has brought charisma, energy, motivation and a tactical system that has delivered consistent results over the past two seasons, he has been supported by an approach to recruitment that was very much Made in America.

Prior to Klopp, the club had invested heavily in a number of expensive players who failed to deliver such as strikers Christian Benteke and Andy Carroll.

But while previous managers had been in conflict at times with Liverpool’s ‘transfer committee’ led by American sporting director Michael Edwards, Klopp was far more relaxed about recruitment that involved data and the input of others.

The result has been signings such as Sadio Mane, Georginio Wijnaldum, Mohamed Salah, Andy Robertson, Virgil van Dijk, Alisson Becker, Naby Keita and Fabinho — who have helped deliver the Champions League in 2019 and end the 30-year top flight title wait.

The nearest Henry got to a promise was in an interview shortly after taking over the club when he outlined what he saw as the key lesson learnt from the Red Sox revival.

“We will make mistakes and it will be up to us to correct them. With the level of support this club has, if we are all on the same page, we will be incredibly successful.” The Red Sox’s 2004 victory over the St Louis Cardinals, was followed by World Series triumphs in 2007, 2013 and 2018.

Perhaps, Liverpool’s success under American and German management, has only just begun.