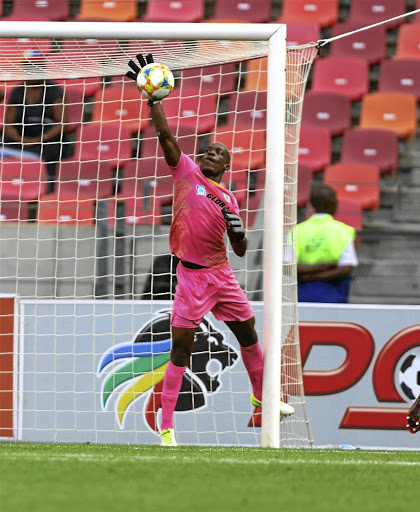 Baroka may not be having a good season, but there is something they have enjoyed doing, and that's getting the better of their Limpopo rivals Black Leopards and Polokwane City.

Bakgaga have already completed a double over Leopards in the Absa Premiership, beating them 2-0 on both occasions.

They also enjoyed a good run against Rise and Shine as they beat them three times, twice in the league and once in the Nedbank Cup, to reach the quarterfinal.

As they prepare to face Lidoda Duvha again in the quarterfinal at Peter Mokaba Stadium on Saturday (3pm), goalkeeper Elvis Chipezeze says it will be nice to do what they did to City by beating Leopards three times as well.

"It's all about bragging rights when we meet these guys. Some of us ... we are staying together and to win three times as we did against Polokwane City, will be something special for the boys," Chipezeze said yesterday.

"Continuity is the most special thing when it comes to derbies.

"First round we beat them
2-0 and again last Saturday, we beat them with the same score-line, so it will be a good feeling again to keep a clean-sheet against our rivals."

With Leopards coming into this match on the back of 1-0 defeat to Bidvest Wits in the league on Tuesday, Chipezeze expects them to come out firing, looking for revenge.

"It's very difficult (facing the same team in seven days), like I said it is a derby and there is a lot at stake ... bragging rights. So we just need to go there and perform.

"We have beaten them in the last two encounters and this one will be tough than the previous two."

Even the most casual follower of the PSL would have noticed that the league boasts a very strong contingent of foreign goalkeepers who've made the ...
Sport
2 years ago
Next Article