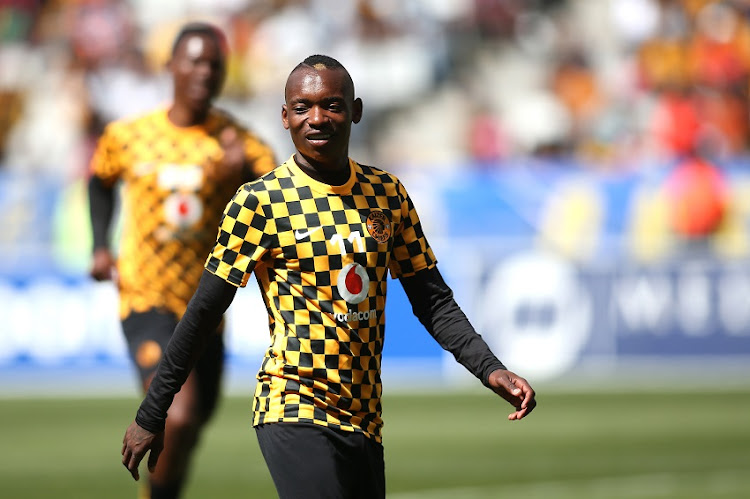 Kaizer Chiefs forward Khama Billiat struck a brace to signal a potential return to form as Zimbabwe defeated Zambia 2-1 in their Africa Cup of Nations qualifier in Lusaka on Tuesday.

It will be welcome news for AmaKhosi fans with a Telkom Knockout semifinal against notoriously stubborn Maritzburg United to come on Sunday‚ when they will hope Billiat continues to be a threat in the box.

His first goal was a rare header at the back post from a Knowledge Musona cross‚ while his second was a clinical finish after being fed for a second time by the former Chiefs forward.

Billiat’s goals were the first he has scored for club or country in two months‚ and he will hope to end his lean spell with Chiefs this weekend having last netted against AmaZulu on September 24.

It was not such a good night for Baroka FC and Warriors goalkeeper Elvis Chipezeze‚ who had his critics after a disastrous Nations Cup showing against DR Congo in Egypt‚ and was beaten at the near post by Zambia’s Patson Daka with a show he really should have saved.

Zambia’s woes continue after they were humbled 5-0 by Algeria last week‚ and they started with Orlando Pirates forwards Justin Shonga and Augustine Mulenga‚ as well as Polokwane City keeper Mwenya Chibwe‚ who made his debut.

Chibwe had last month turned down a call-up from Bafana Bafana‚ opting to play for his father’s nation.

Black Leopards’ Mwape Musonda came off the bench for Chipolopolo‚ but Chiefs’ Lazarous Kambole did not get a run.

Leopards midfielder Mogakolodi Ngele came on in the first half of Botswana’s 1-0 home loss to Algeria‚ a game in which TS Galaxy defender Mosha Gaolaolwe also played.