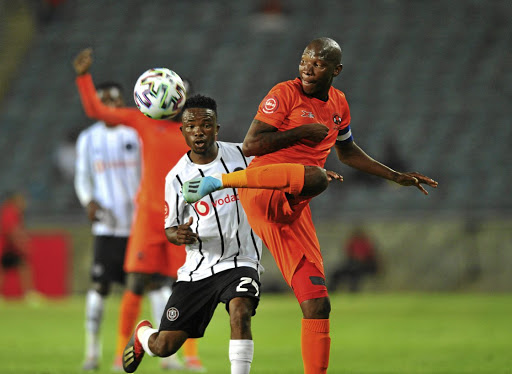 It will be a case of seeking redemption when Polokwane City and Baroka face off in the Nedbank Cup last 32 Limpopo derby at Peter Mobaka Stadium tonight (7.30pm).

The two teams head into this fixture looking to revive their season, as they have plunged into the relegation zone in the Absa Premiership.

They both believe victory will go a long way in improving their confidence as they look to better their position on the log.

"A victory for us will mean a lot since we are not in a good position on the log. So, if we can win on Tuesday [tonight] things will go smoothly for us," Jabulani Maluleke, City's veteran captain, said yesterday.

"We just have to win this game and take momentum to the league matches. The coach spoke to us at training that we should take one game at a time and enjoy ourselves. Not to get pressure on ourselves, if we get the pressure that's where things won't be easy for us, we just have to be positive."

It will be a clash of the biggest losers when Baroka meet neighbours Polokwane City tomorrow.
Sport
2 years ago

Victories have been hard to come by for City. The last time they registered a win was back on January 4 when they beat Chippa United 2-0 at home and they have now gone four matches winless.

For Baroka, they are slight favourites to win tonight. They edged City 1-0 in a league game on January 11 and won again on January 26 against Maritzburg United (2-1).

Bakgaga goalkeeper and captain Elvis Chipezeze, who lifted the Telkom Knockout trophy with the team last year, has reminded his teammates about that winning feeling.

"Last season, we went and lifted the trophy and it was a good feeling," Chipezeze said.

"I'm sure with the new guys will want to have the same feeling to play in the final and lift the trophy. Last year, we played Jomo Cosmos here and we lost 1-0. This time, we must win."

Reneilwe Letsholonyane might have only participated in four matches so far this season for Highlands Park but coach Owen da Gama says the veteran ...
Sport
2 years ago

A woman from Meyersdal, southeast of Johannesburg, who was left for dead after she was allegedly attacked by her husband, has been discharged from ...
News
2 years ago

Polokwane City and Highlands Park produced one of the dullest displays this season when they played to goalless in the first leg of MTN8 semifinal at ...
Sport
2 years ago
Next Article