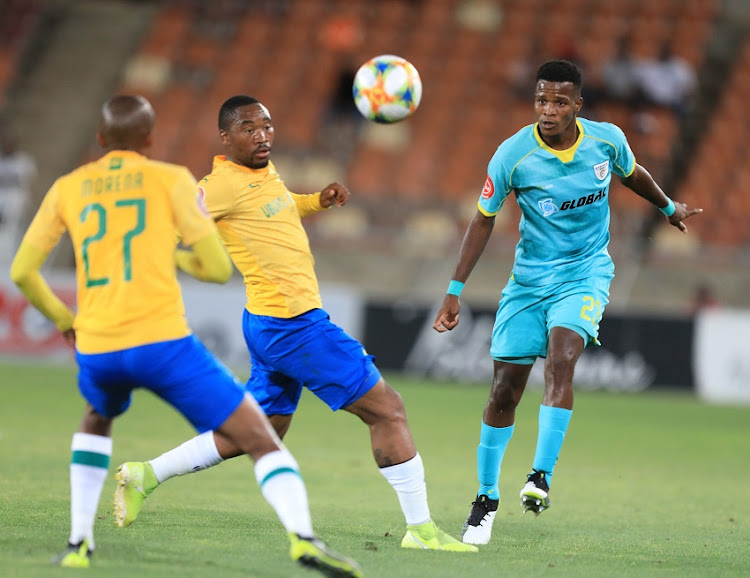 Mamelodi Sundowns lost ground on runaway log leaders Kaizer Chiefs when they were held to a 0-0 draw by Baroka FC at the New Peter Mokaba Stadium in Polokwane on Wednesday night.

The Brazilians remain second spot on the Absa Premiership standings but they trail Chiefs, who beat Chippa United 2-0 in Port Elizabeth, by a whooping seven points.

However, Sundowns have played one fixture less compared to Chiefs but coach Pitso Mosimane will know better than most that points in the bag are better than a game in hand.

There is no break for Sundowns as they will play their third match of the week against Golden Arrows at the Sugar Ray Xulu Stadium on Sunday where they will be looking to return to winning ways in the league.

For Baroka coach Wedson Nyirenda, he will see this as two crucial points dropped at home and it has come at a huge cost as they have dropped to second from the bottom on the standings.

It does not get any easier for Bakgaga in their mission to refresh their campaign as they have a tricky Limpopo derby against Polokwane City at the Old Peter Mokaba Stadium on Saturday night.

Baroka will have to do without key defender Matome Kgoetyane who was given his marching orders deep in referee’s optional time for unsporting behavior.

The home side created the first real notable chance when Gerald Phiri released Tshidiso Patjie but his effort was thwarted by the outstretched arms of Sundowns goalkeeper Denis Onyango after 12 minutes.

A few minutes later, Baroka ‘keeper Elvis Chipezeze dived the right direction to deal with a snap shot from Sibusiso Vilakazi after the Brazilians negotiated their way into the opposition danger area.

There were not too many clear cut chances to report about as the first half progressed with most of the play concentrated largely in the midfield and they went to the break without a goal.

When they returned from the break, Phiri’s free-kick from the edge of the box did not trouble Onyango while on the other end Hlompho Kekana also could not find the target with one of his trademark long range shots.

In the 75th minute, Chipezeze was equal to the task when he was called into action by Lebohang Maboe’s powerful shot from just outside the penalty box.

In the closing stages, that was characteristic by a number of substitutes as the two coaches altered their plans, they kept attacking each other but the fans were left disappointed as there was no goal to celebrate.