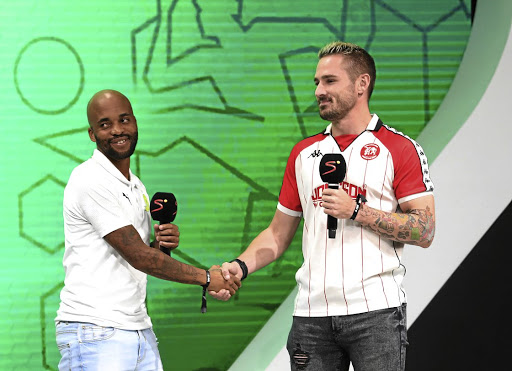 Oupa Manyisa's future at Mamelodi Sundowns remains uncertain with his contract coming to an end in June.

Having been sidelined by a long-term injury that ended his season last year, it's still unclear if Sundowns will renew his contract.

Manyisa has only played two matches for the reigning Absa Premiership champions this season and that was in the CAF Champions League before he picked up the injury during Downs' Shell Helix Ultra Cup against Kaizer Chiefs in October.

But "Ace", who has since undergone surgery on his Achilles tendon, remains optimistic he will renew with the Brazilians.

"We will start discussing that [contract] at the end of the season, for now, I'm just focusing on my rehab so I can go back and play football," he said.

Asked if he was confident that Sundowns would be keen to renew while he was still injured and had not played a single league game, Manyisa responded: "I'm not going anywhere and I will still be a Sundowns player come next season."

The 31-year-old who has been with Downs since 2017 said it has been frustrating being sidelined but that his teammates were always there for him.

"It was not that difficult, everyone has been great to me they have been supporting me throughout my injury so the coach [Pitso Mosimane] has been good to me and the technical team.

"But the injury is coming alright... I started jogging and we will see when I can be ready. But I won't play anytime soon it could be next season."

With Sundowns away to Al Ahly of Egypt for their CAF Champions League quarterfinal first-leg fixture on Saturday (6pm), the Mohlakeng-born lad wished teammates well and believes the Brazilians will bring good results.