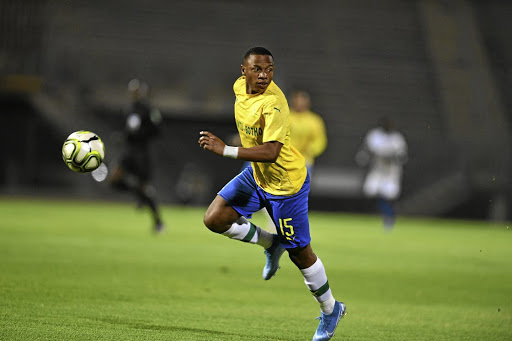 Pitso Mosimane has opened the door to Andile Jali and hinted that the midfielder will be given another opportunity in the starting line-up when Mamelodi Sundowns face Black Leopards in a league match at Thohoyandou Stadium tonight (7.30pm).

Jali has seen little action since arriving at Chloorkop and showed glimpses of his former self when he combined well with Oupa Manyisa in central midfield in Sundowns' 11-1 demolition of Seychelles amateurs Cote d'Or in a Champions League encounter last week.

The Sundowns coach admitted that even though Cote d'Or were no great shakes, Jali and Manyisa showed professionalism as they never underestimated the visitors in the absence of regulars Hlompho Kekana, Rivaldo Coetzee and Tiyani Mabunda.

"Andile has done very well by looking after himself and he is lean again because weight gives him a little bit of a problem sometimes," Mosimane said. "But let's talk about the positives now because he is back, he is strong, he is quick and he has done well.

"Even when we played against the Congolese team here [in SA], he played very well. He will probably start against Leopards.

Mamelodi Sundowns coach Pitso Mosimane says he will be a happy man even if Club Brugge give Percy Tau only one minute in the Belgium side's Uefa ...
Sport
2 years ago

"They (Jali and Manyisa) are experienced players and what I like about them is that they were selfless and they played for the team. Ace (Manyisa) can sit on the ball because he is a good player, but he kept it easy and simple.

"I am happy to see them play because it will help them to gain confidence. The season is still long and we are going to need each and every player with confidence.

"They have played two games together and we won those games with lots of goals. So, it is good and one of them will get a chance again in the next match against Leopards because Mabunda is still injured."

The other player who is likely to be given an opportunity in the starting line-up is defender Motjeka Madisha, who scored against the Indian Ocean Islanders on Friday.

"Madisha played well against Maritzburg with Mosa Lebusa and they were top," Mosimane said.

"He must compete with Wayne Arendse and he will probably start against Leopards because we must be fair."