Will SuperSport cash in or lose out? 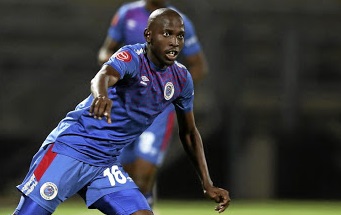 SuperSport United are weighing their options on whether to sell winger Aubrey Modiba in the January transfer window before potentially losing him at the end of the season.

The highly rated Modiba has six months left on his contract with Matsatsantsa a Pitori. He is on the wanted list of a number of clubs including the big-spending Mamelodi Sundowns.

Back in August, Sundowns tried their best to lure Modiba to Chloorkop, but United were unwilling to budge.

With months left on his deal, United face the possibility of losing the versatile attacker for free unless a transfer deal can be struck in January.

Modiba's agent Glyn Binkin admits that Modiba has a number of options on the table.

Former Bafana Bafana forward George Lebese has penned a heartfelt farewell letter to Mamelodi Sundowns fans after he was released by the club where ...
Sport
2 years ago

"We have a couple of options but we'll see. His priority at the moment is SuperSport," said Binkin.

"We have been speaking with SuperSport for a number of months now so we'll see what happens.

"Many clubs are interested in him. There has been some interest overseas, so we'll see. At this point it would be a bit premature to discuss what will happen," said Binkin.

United could be tempted to cash in on their prized asset next month. Sundowns made a big push for the player from Matshelapata in Limpopo with a reported offer of R12m, which was rejected by United CEO Stan Matthews.

An insider close to the situation said an overseas move for Modiba is on the cards.

"SuperSport has made a contract offer, but Modiba is unlikely to sign it. If an overseas club offers to buy him in January then the club will sell him.

"I think if Sundowns also make a good offer in January then they will have to consider it, but remember, it will be up to the player ... he can still refuse," the source said.

Matthews could not be reached for comment as his cellphone rang unanswered.

The Goal of the Month award might seem small beer in the greater scheme of things in the Premier Soccer League but Thabo Nodada‚ the winner for ...
Sport
2 years ago

Too much is being expected from Highlands Park in the wake of a first-ever top eight finish at the end of the last Premier Soccer League season and ...
Sport
2 years ago

Premiership leaders Kaizer Chiefs have won the Premier Soccer League's Q-Innovation Quarter One and also bagged R1‚5-million for their trouble.
Sport
2 years ago
Next Article