Mngqithi mystified by Sundowns' inability to dominate the cup competitions 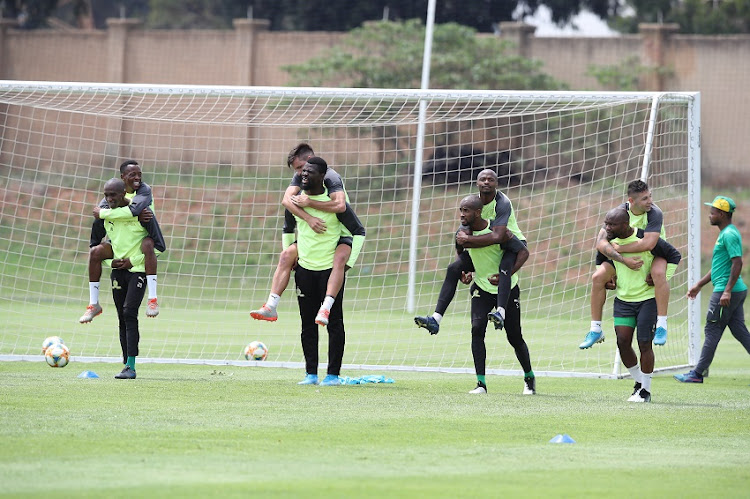 Champions Mamelodi Sundowns may be a force in the league but coach Pitso Mosimane's charges surprisingly struggle to transfer this dominance to the cup competitions.

Sundowns have won four league titles in the last six season but strangely have only laid their hands on two major domestic cup competitions.

They won the Nedbank Cup by defeating Ajax Cape Town 4-3 on penalties in May 2015 and their last piece of domestic cup silverware came a few months later when they beat Kaizer Chiefs 3-1 to lift the Telkom Knockout.

In this period of unparalleled success‚ which also includes the Caf Champions League and the Caf Super Cup‚ the MTN8 competition has continued to elude the Brazilians.

“To be honest‚ for a team like Sundowns it is unacceptable not to win these cup competitions‚” said Mngqithi.

“We have won the Telkom Knockout once but if you look at the number of years we have been here‚ you will say we deserve to have won the tournament maybe twice or thrice.

"We have also won the Nedbank Cup once but the MTN8 has eluded us right through‚” he said.

Mngqithi said it is a concern to them that they have not been able to dominate the cup competitions.

“It does concern us‚ even though they are not the major trophies that we want to win‚" he said.

"But who should stop Sundowns from winning these trophies?

"We are just unlucky.

"I remember last year in Cape Town we played against Cape Town City in the MTN8 and we conceded a goal that we should not have conceded.

"It was off-side but nobody talks about that.

“This year in the MTN8 we had stories again against SuperSport United and it was unfortunate that we did not win that one.

"It is just a pity because we would like to win every competition we play in because we do have the team to win these competitions.

"Sometimes you say that maybe cups are meant for certain clubs because God wants to balance the equation.

"There are teams that always do well in cup competitions and at times you will never see them in the league.

"We are trying to rectify this because we always go for everything that we can get.

"Unfortunately at times we win and at times we don’t win. It will be nice if one season we can win all cup competitions and the league but at times you must not be too greedy.”