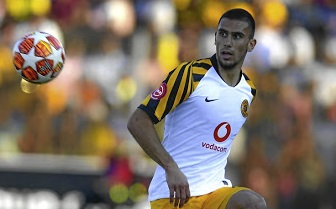 It will be a quiet January transfer window for Kaizer Chiefs as the club looks to stick with the current composition of the squad.

The Chiefs management will not get tempted into dipping into the transfer window as it could destabilise the current team that has been in form.

With 34 points, the table- topping Glamour Boys have opened a healthy gap with the rest of the chasers in the Premiership.

Their coach Ernst Middendorp conceded that the team will not be tempered with.

"It's an internal discussion we will have inside Naturena. What I can say is that we trust the players and squad that we have assembled at the start of the season," Middendorp said.

"We go into 2020 with a very clear indication to work with this squad. At the moment I don't see any big transactions in or out in both directions."

Kaizer Chiefs are giving their supporters a precious early Christmas gift as part of their 50th anniversary celebrations – free tickets for their ...
Sport
2 years ago

With a number of under-utilised players including Lorenzo Gordinho and Siphelele Ntshangase being linked with moves away from the club, Middendorp conceded that offers could be looked at.

"It's not a secret that we have a number of players who are not being used, I think it would be discussions individually whether to continue or everybody has a win-win moment," he said.

Chiefs will face Maritzburg United on Sunday in their final match of the year. The players will be given a few days off before returning on Boxing Day to prepare for the hectic January schedule.

"We have a solid average package of games in January. It's a bit hectic in the beginning but after the 12th we have five games until the 3rd of February and it should be manageable.

"It is not really confusing or irritating. We have to do a good job to start. We will only have a break of three days and on 26th December we will be preparing ourselves."

Mamelodi Sundowns and Bidvest Wits cancelled each other’s class out in a 1-1 Absa Premiership draw at Moses Mabhida Stadium on Tuesday night.
Sport
2 years ago
Next Article