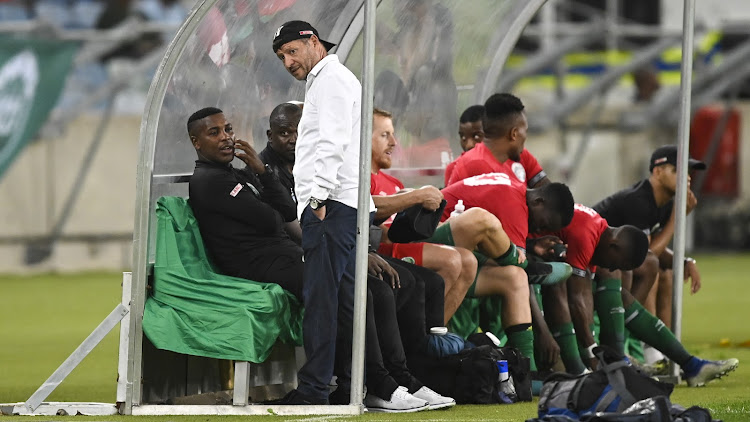 AmaZulu coach Josef Vukusic remains hopeful that he can still change the struggling club's fortunes in the second half of the season after suffering another humiliating 3-0 home defeat against defending champions Mamelodi Sundowns in Durban on Saturday.

An optimistic Vukusic searched for positives even though his charges barely threatened Denis Onyango in the Sundowns goals.

“I think we performed well‚ physically we never gave up‚” said the Slovakian-born coach.

“We played until the finish.

"Technically we tried to create some opportunities and some situations in the box.

“But tactically we made some mistakes with allowing the first goal that easy.

“Still‚ the second goal was unnecessary before halftime and then we still tried for one goal but conceded from the penalty and after that it was very difficult.

“It’s very difficult to go 3-0 down against a good opponent like Sundowns and I would have wished to score one goal to see the reaction from there.

“But we played until the finish and we never gave up.

"There were four or five young players on the field who offered good performance individually but as a team we lost.”

The Durban side have endured a bumpy and inconsistent campaign this season and suffered a third straight defeat to Sundowns in two competitions.

Usuthu conceded nine goals without reply against coach Pitso Mosimane’s side following a 5-0 thrashing in the Telkom Knockout and a 1-0 loss in the league before the latest rout on Saturday.

Now sitting just three points above the relegation zone‚ Vukusic put up a brave face and looked ahead to their away match against bottom-placed Cape Town City.

“It’s not an easy game‚” said Vukusic of their travel to the Mother City on Wednesday.

“It’s important how we react after (Saturday's) game.

"You know sometimes you lose 3-0 and you don’t play well but (on Saturday) we lost 3-0 playing well and psychologically we must go with that situation.

“But for Cape Town City this is not going to be an easy game as well as they’re in that situation (relegation zone) like us.

“So it’s tough… every single game.

"We won the home game but they have a quality team and it will be interesting how we deal with that game.

"But we can build up from the performance (on Saturday).”

Orlando Pirates’ 2017-18 jersey and Kaizer Chiefs’ current shirt have found themselves on a list of the world’s “Top 30 Football Shirts of the ...
Sport
2 years ago
Next Article